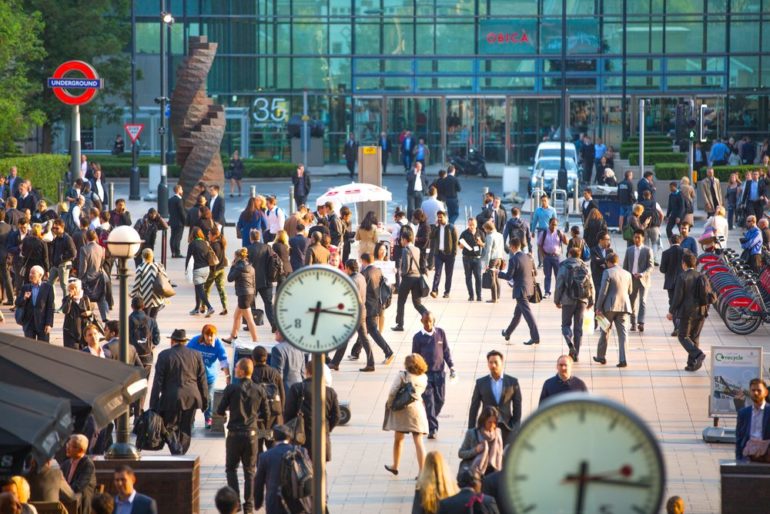 Britain’s economy would be more than £200bn bigger if all cities were as productive as those in London and the south-east, reports The Guardian.

A report by the Centre for Cities revealed that the capital and its satellite cities were as productive as anywhere in Europe and that the UK’s recent weak productivity record was the result of a huge performance gap with other parts of the country.

It added that in 2015 only eight of 62 UK cities recorded productivity above the national average – with Bristol, Edinburgh, Swindon and Aberdeen the only ones outside the greater south-east.

Cities such as Stoke, Blackburn, Mansfield and Doncaster had productivity 25 per cent below the national average, the Centre for Cities said. Raising all parts of the UK to the national productivity average would increase the size of the economy by £203bn – equivalent to Birmingham’s output four times over.

The report showed that cities outside the greater south-east had weaker productivity because they were failing to secure the higher-skilled work of productive sectors and firms.

“Firms choose to locate their high-skilled operations in cities which can offer them access to a high-skilled workforce and other relevant businesses, and will base lower value components in places where land and labour is cheaper,” the thinktank said.

“Barclays bases its high-value banking activities in London and its low-skilled call centre in Sunderland. Similarly, clothing company Asos has a large distribution centre with low-skilled jobs in Barnsley, but its headquarters is located [in London].”

The report said another factor explaining the regional divide was that highly productive sectors and firms made up a larger shares of jobs in cities in the greater south-east than in urban areas in other regions.

Figures released on Wednesday showed the fastest quarterly growth in productivity in six years, but Andrew Carter, chief executive of the Centre for Cities, said tackling the regional productivity divide should be a feature of chancellor Philip Hammond’s budget next week.

“This analysis reveals the stark disparities in productivity across different parts of the country, which should be a central concern for policymakers tasked with addressing Britain’s sluggish economic output,” Carter said.

“Productivity is not a problem in the greater south-east, but it is a major issue in cities elsewhere in the country. In particular, Britain’s major cities should be leading the national economy, but instead they are causing it to lag behind that of other countries.”

Carter added: “Unless we get these places to punch at their weight, the national economy will continue to be hamstrung. The government should therefore focus its efforts to improve national productivity by addressing the issues that hold cities back, such as tackling skills gaps or improving infrastructure.

“Doing so will have a greater impact than measures aimed at boosting specific sectors, and should be a top priority in both the budget and upcoming industrial strategy.”