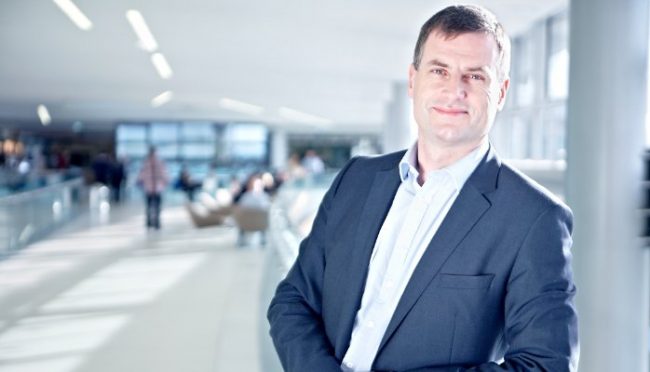 The Daily Telegraph revealed in an exclusive today that the Irishman, 52, has been approached in recent weeks by potential private equity sponsors aiming to carry out what would be the largest UK leveraged buyout since before the financial crisis.

Executives at O2’s Berkshire headquarters are running the numbers to weigh whether it would be feasible for Mr Dunne, who has led O2 for eight years and previously served as its chief financial officer, to take it independent, sources said.

The discussions, which are in their early stages after the European Commission confirmed last week that it would not allow Hutchison to merge its own UK mobile operator, Three, with O2, are understood to not involve O2’s parent company, Telefonica. The Spanish giant remains bound by an exclusivity agreement with Hutchison until the end of next month unless the two sides agree to walk away sooner.

Investment bankers working with potential sponsors have pegged O2’s valuation in a leveraged buyout at £8.5bn, short of the £10.25bn that Hutchison was willing to pay, because of the savings it would have made by merging two networks.

One consortium interested in buying O2 and loading it with high levels of debt is led by Tom Alexander, the former chief executive of Orange UK, and includes the private equity firms Apax and CVC Capital Partners.

Mr Alexander is close to Mr Dunne but sources close to the situation said they have not spoken about collaborating in the last two weeks, as it became clear competition regulators would block Hutchison’s attempt to create Britain’s largest mobile operator.

O2’s chief executive is said by sources to be willing to consider buyout proposals with or without Mr Alexander’s involvement. In any management buyout scenario he would be likely to be well rewarded.

A leveraged buyout, in which newly acquired companies are heavily borrowed against, delivering immediate return, is one of several options now under consideration in a strategic review at O2. The operator is seen as a good candidate for the manoeuvre, however, because of its strong and growing cash generation.

Telefonica has said it could seek to list O2 on the stock exchange, in a move that would allow it to retain exposure to the UK telecoms market but also bring in cash to pay down its own debts. The Spanish giant’s financial health has improved over the last year and its new leader, Jose Maria Alvarez-Pallete, is more familiar with the British business than his predecessor

Bankers are working on structures that would involve as cornerstone investors the funds – including the Canada Pension Plan and Singapore’s GIC – that were lined up by Hutchison to finance its failed merger.

They are currently barred from talking to Telefonica by an exclusivity clause that expires on 15 July, however.

“Cheques have been signed for investing in UK telecoms, so it’s logical they might be interested,” a source said.Strategic investors are also circling O2. Liberty Global, the owner of Virgin Media, has said it will look at the operator as part of plan to add mobile assets to its cable networks across Europe.

It is meanwhile understood that Sky may be open to investing in O2 but that it will not make a takeover bid.

“It has to be a smarter use of capital than laying down £9bn,” said a source familiar with Sky’s thinking.

Sky has previously considered and rejected a bid for O2, in part because of a longstanding aversion to the costs and logistical headaches of infrastructure ownership. But it could invest in the mobile operator to help it acquire more radio spectrum rights or upgrade its coverage.

Such a move could support Sky’s own mobile service, which is scheduled for launch later this year based on a wholesale deal for capacity on the O2 network. Sky had hoped to benefit from the merger of O2 and Three by gaining better wholesale terms as a competition remedy and was said to be willing to invest £2bn in capacity over a contract lasting more than a decade.