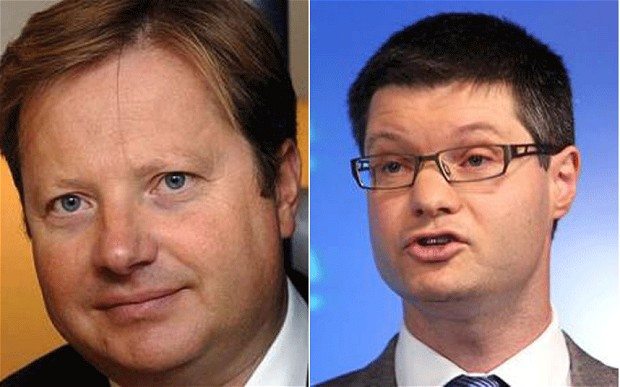 Lord Wolfson and Sir Charles Dunstone are to back the fund, Pembroke, which is being led by private equity and investment veteran Peter Dubens.

The fund will be managed by Mr Dubens’ Oakley Group, whose Oakley Capital has already backed a number of small successful businesses including chef Tom Aikens’ restaurants, reports The Telegraph.

But those past investments have been made on an ad hoc basis. Pembroke intends to give investors access to a private equity style investment strategy, in a tax-efficient vehicle.

It is understood that Pembroke will be managed by Andrew Wolfson, Lord Wolfson’s brother, and chaired by Jonathan Djangoly MP, the former justice minister.

Mr Dubens will take a seat on the company’s board, working to bring in investments and advise on deals.

It is believed that in excess of £20m has already been committed to the fund, with approximately £5m coming from entrepreneurs including the two retail chief executives as well as Matthew Riley, chief executive of business telecoms specialist Daisy, and Lastminute.com founder Brent Hoberman.

The fund will be structured as a venture capital trust, to be listed on the London Stock Exchange’s junior Alternative Investment Market (Aim), raising between £20m and £25m.

Investments will be introduced through Oakley, whose private equity fund has total commitments of €288m (£248m). Oakley has made nine investments to date, most notably in publisher Time Out, and two exits, which delivered gross internal rates of return of 48pc and 110pc respectively.

Past smaller companies invested in by the Oakley team include Tom Aikens’ restaurant business – including the Michelin-starred Tom Aikens Restaurant and Tom’s Kitchen restaurants, in London.

Other small company investments include a 50pc share in the luxury KX Gym in Chelsea and a license to sell the James Perse American casual clothes brand in the UK.

Pembroke will be looking to deliver investors a return of two to three times.
Mr Dubens confirmed the fund to The Sunday Telegraph saying: “In a nutshell, we get so many deals through Oakley, but a lot of them are too small for our investors.

“Pembroke is about setting up a fund to invest in these companies, and make money for investors. This is not about tax structures.”

Charles Stanley is acting as broker to Pembroke VCT, which is expected to list by early April.