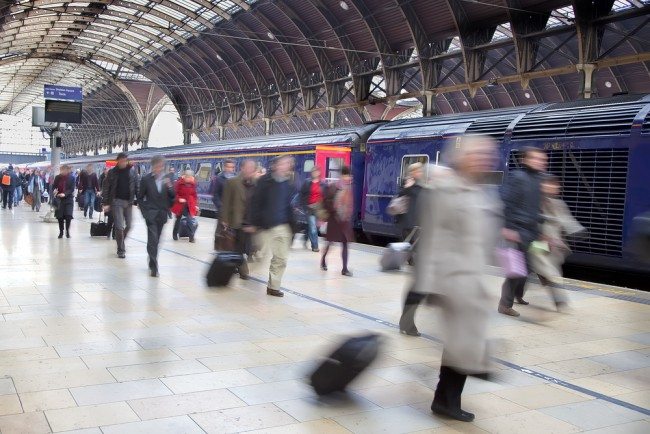 The government has shelved promised and vital upgrades to major rail lines in the Midlands and the north of England, just weeks after the election in which the Conservatives campaigned on rebalancing the country and creating a “northern powerhouse”.

The Guardian reports that Patrick McLoughlin, the transport secretary, said the government had “paused” electrification of the Midland mainline from London to Sheffield, and the TransPennine route between Manchester and Leeds that connects major cities across the north, after Network Rail’s costs spiralled and it missed targets.

McLoughlin conceded that investment, vaunted as the biggest in the railways since Victorian times, was not after all going to deliver the projects promised in its £38.5bn five-year plan because of what he called Network Rail’s unacceptable performance.

Its chairman Richard Parry-Jones, the only senior executive remaining from when the original plan was costed and agreed, is to step down and will be replaced by London’s transport commissioner, Sir Peter Hendy.

Hendy will lead a review over the summer to decide which elements of the five-year plan can still be delivered.

The Midland electrification had been described as “critical to maintaining a reliable railway”, and the Conservative party’s manifesto said the work would “put the Midlands at the centre of a modern, inter-connected transport network for the UK.”

Last October, the chancellor, George Osborne, said he was pushing forward plans for a so-called HS3 – faster trains linking Manchester and Leeds. Instead, the north’s progress is likely to be hampered by the postponement of the TransPennine electrification.

Northern leaders said the news came out of the blue, but questions will be asked about the manifesto commitments after Network Rail admitted knowing “very early on last year” that the five-year plan would be “incredibly difficult to deliver”.

McLoughlin said the electrification of the Great Western line from London to Wales and south-west England remained a top priority.

He also said there would be a full review of Network Rail’s processes in estimating costs after missed targets and overspending on electrification works. “Electrification is difficult. The supply chains for complex work needs to be stronger. That is no excuse. All of these problems could and should have been foreseen,” he said.

McLoughlin said no Network Rail directors would receive a bonus for the past year. He said he was changing the company’s structure, abolishing the oversight by a board of public members and appointing a special director to report directly to him. Richard Brown, a former Eurostar chairman, came to McLoughlin’s aid during the 2012-13 rail franchise crisis in the Department for Transport.

Mark Carne, Network Rail’s chief executive, said he was “bitterly disappointed” that projects had to be delayed, but that it was “time to be really straight and level with people”. He conceded that the five-year plan would have to be torn up, and that the rail operator had been overly optimistic about the work that could be carried out.

Carne told the Guardian: “We knew, already, very early on last year that certain aspects of the plan were going to be incredibly difficult to deliver.”

He said other major rail projects could also be axed or “re-phased” after the summer review and that some were “clearly” under threat, but he declined to pre-empt the review by naming them.

He also implied that the government and regulator should bear some responsibility for the failure to deliver the pledged upgrades. “If you had a fully specified design and the builder gave you a quote, and came back and said you couldn’t do it for that, you’d be annoyed,” he said.

“But if you went to a builder and said I’d like an extension, and that’s the degree to which you’ve specified it, you’d have less cause for complaint.

“People knew perfectly well there were high levels of uncertainty about this, it was widely flagged at the time, and it would be not fair for people to forget that today.”

Michael Dugher, the shadow transport secretary, accused the government of presiding over a “catalogue of failure” and said it was “trying to shift the blame to Network Rail, but this happened on the government’s watch”.

Mick Whelan, the general secretary of Aslef, the train drivers’ union, said: “It is disappointing, but perhaps not surprising, that plans announced by the Tories before the general election have been scrapped so soon after.”

McLoughlin said the pause meant the government could be “much more ambitious for that route, building a powerhouse for the north”, but those words cut little ice in the region.

Keith Wakefield, a former leader of Leeds city council and now a board member of Transport for the North, said: “It’s extremely disappointing and a big blow to the ambitions of building a northern powerhouse. Everyone agrees that what we need in the north is better connectivity across the Pennines.

“You can’t hope to rebalance the economy without the north getting the investment it needs. Feasibility studies have shown that electrifying that one route would create 7,000 new jobs.

“Just yesterday we had a meeting of Transport for the North when we were discussing these very projects … To suddenly stop the electrification exposes the whole northern powerhouse as empty rhetoric.”

The director of IPPR North, Ed Cox said: “Transport connections and infrastructure must be the foundation on which a prosperous northern economy is built. The north already loses out substantially … Now it will see projects already too far back in the queue fall further behind.”

The TUC general secretary, Frances O’Grady, said: “Today’s decision is bad for regional growth and jobs. How can the government expect to build a northern powerhouse if it is unwilling stump up funds for vital transport links and infrastructure?”

Network Rail was reclassified last September as a public body, bringing greater oversight from the government and raising concerns about its ballooning debt, which rose another £5bn last year to £37.8bn. Previously, Network Rail had been able to borrow freely to meet escalating costs, but it has to “live within its means” since, Carne said.

Last month, a damning report from the rail regulator, the Office of Rail and Road, found that Network Rail had missed more than a third of its targets in the first year of its control period, or five-year plan for 2014 to 2019, raising “serious questions about its ability to deliver future projects”.

Shortages in the supply chain and pressure to conduct engineering works with minimal track closures have contributed to escalating costs at a time when the government is trying to clamp down on spending.

Train operators on long-haul routes have grown impatient with delays caused by faults with the track.

The problems at Network Rail have contributed to increasing discontent among passengers. A national survey by Transport Focus showed customer satisfaction levels fell to 80 per cent in 2015, meaning one in five journeys was deemed unsatisfactory.