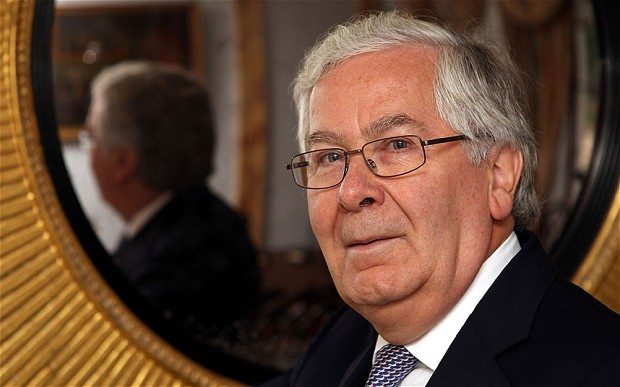 The Governor of the Bank of England suggested that it would acceptable for George Osborne to break his pledge on debt reduction due to the state of the world economy, reports The Telegraph.

“If it’s because the world economy is growing more slowly, then it would be acceptable,” he said. “It would not be acceptable to miss the debt target if there was no excuse for it.”

The Governor’s comments followed Prime Minister David Cameron’s refusal in Parliament last week to recommit the Government to the debt goal, and comes amid mounting speculation that the target will be missed due to the slowdown in growth.

Sir Mervyn also hinted at tensions with the Chancellor over reform of the banks and warned that the euro crisis remained the biggest threat to prosperity. However, he told Channel 4 News: “We are beginning to see a few signs of a slow recovery.”

He warned that the eurozone’s problems loomed like “a black cloud of uncertainty” over the UK economy, adding that a break-up of the eurozone was still possible and would be “awkward”.
The Governor’s change in tone on the debt target is significant because he was influential in helping form economic policy when the Coalition came to power in 2010.

In his first Budget, Mr Osborne set himself two targets by which he wanted the markets to judge the Government’s commitment to stronger public finances. The first was to eliminate the structural deficit on a rolling basis over five years, and the second was to have overall national debt falling as a proportion of GDP by the 2015/2016 financial year. He said at the time that the second goal was needed “to place our fiscal credibility beyond doubt”.

However, slow growth has forced the Government to borrow more than it expected, making it harder to hit the debt target without a further large round of austerity in the next couple of years. Most economists now believe more cuts or tax rises would currently be counter-productive.

The Treasury is believed to be preparing to concede that it will miss the debt target when the Office for Budget Responsibility updates its official forecasts on December 5.

On reform of the banks, Sir Mervyn was less supportive of Government policy – hinting at tensions with the Chancellor. The Governor said he had supported the “original” proposals from Sir John Vickers’ Independent Commission on Banking before fierce lobbying by the industry persuaded the Chancellor to water them down a little.

He expressed particular concern about the “leverage ratio”, which determines how much the banks can borrow to lend to customers. The original Vickers proposal suggested a ratio of 25 times a bank’s equity base but it was subsequently increased to 33 times, allowing banks to be more risky.

“It think the Vickers proposal in its original form was very sensible,” he said. “My personal preference would have been for a different ratio.”