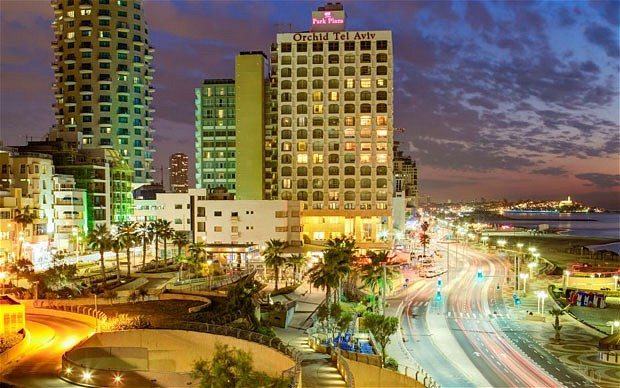 “I’m a writer, not a computer geek,” says Yoav Lorch. That hasn’t stopped the 58 year-old from starting Total Boox, a “pay as you read” e-book store, reports The Telegraph.

Lorch’s age makes him an unconventional member of Israel’s “start-up nation”, the name given to the country’s army of young technology firms by authors Saul Singer and Dan Senor in a 2009 book of the same name. Maturity also gives Lorch the perspective, he says, to notice how marked the trend is, at least in Tel Aviv, the country’s second largest city.

“Every kid here has a start-up or, at least, knows someone doing it. In my generation, you worked for the electrical company and got a pension. Now you’re a loser if you do that.”
Lorch’s business is one of around 600 tech start-ups based in the heart of Tel Aviv, a city of 400,000 people. This compares with the 300 or so young technology companies in the “Silicon Roundabout” area of east London. Israel’s cluster of tech companies – “ecosystem” is the buzzword tech entrepreneurs use – is more diverse. People working on agricultural technology share office space with those building web businesses. A government grant system for early stage ventures, which is supplemented by private investors, means most half-decent ideas have a good chance of securing early stage finance.

Israel also attracts more venture capital per person than anywhere else on the planet, while further up the food chain, the country has more companies listed on NASDAQ than any nation other than the US and China.

However, if you ask enough questions of the T-shirted twentysomethings running ventures from tatty offices and coffee shops on the Rothschild Boulevard, the centre of Tel Aviv’s tech cluster, a familiar debate emerges. Relatively few firms of genuine scale have emerged from the start-up milieu, with a shortage of both latter stage venture capital and management talent cited as possible reasons.

“The basic flow of tech talent here is stable but as Israel’s tech scene is very dependent upon outside financing and M&As – and since both are under stress – there are more clouds than silver linings at the moment,” says Nathan Lipson, a tech writer for Israeli publication The Marker. “We may face a capital crunch.”

Prof Mulli Ellis, of Tel Aviv University, shows me research which suggests that what he calls “co-operation” between venture capitalists in Israel has increased dramatically over the last two decades; in other words, they’re all investing in the same opportunities. The herd mentality is bad news, he says, for entrepreneurs, who are having to accept lower valuations, and are finding it harder to get unconventional ideas funded.

Lipson also points to the emergence of tech clusters in Berlin, London and New York as a threat to Tel Aviv’s dominance.

“Outside of the US, Israel is probably the world’s biggest and most active tech hub. The new start-up centres popping up in many new locations, [are] all being actively encouraged by local authorities. They may take time to develop, but since the talent is there, it may dilute Israel’s global position.”

Avner Warner, who is leading a municipal project to promote Tel Aviv as a global centre for start-ups and technology talent, doesn’t disagree: “We understand that London, Berlin and New York will become more competitive. We’re working hard to maintain our position because things are going to get hairy.”

Warner says he’s lobbying for an “entrepreneur visa” that he hopes will make it easier for foreign start-ups and talent to come to Israel, and that more overseas investors will follow.
Despite the concerns, there’s also widespread confidence that Tel Aviv’s successes will prove hard to replicate. Delegations from all over the world visit in the hope they can distil how a country that’s not much bigger than Wales became a world beater in innovation. Many go home disappointed. National service in the armed forces, where many of the founders meet and develop technical skills, is frequently offered alongside more nebulous concepts such as “Jewish chutzpah”, as a key factor in Israel’s tech miracle.

“In the army, it’s ‘here’s an impossible problem, you don’t have many resources – solve it yesterday’,” says Avi Hasson, chief scientist to the Israeli government. “When you leave, setting up a company doesn’t seem so hard. Not that I’m suggesting countries should create external threats.”

Yaron Tal and Nitzan Miron, co-founders of online security firm 6scan, both worked in the Israeli Army’s data security unit. They considered opening their business in the US but opted to stay in Israel because of the ability to access talent. “It’s easier to hire, to find friends and people who are more dedicated and loyal rather than just serving out hours, ” says Miron.

Hasson notes that the country’s size means companies have to look abroad for sales almost immediately. Meanwhile, a strong education system produces one of the highest proportions of scientists, engineers and technicians of any workforce in the world, while a flood of immigration from Russia in the ’90s saw foreign tech and maths whizzes provide fresh impetus to Israeli firms.

Generous and consistent government support also helps – Hasson’s office, which funds innovative businesses and research of all descriptions, was created in 1969 “when Israel was mostly selling oranges”.

Yossi Vardi, a veteran Israeli investor, sold the internet’s first popular internet instant messaging service ICQ to AOL for $400m (£251m) in 1998. He insists fears that Israeli firms are selling out too early are misplaced.

Intel employs almost 10,000 people in Israel, and the likes of HP, Google, IBM and Microsoft also have R&D centres in the country. Apple is on its way. “If an Israeli company grows big enough, it would probably eventually be owned by a pension fund in New York anyway, so what difference does it make?”, says Vardi.

The overseas tech giants provide a legacy for the start-up nation when they acquire their ideas and people, he argues. “We have big companies in Israel. They employ local people because of our strength in technology.”

Vardi’s point is supported by one of his investees, Ron Gura, who sold ecommerce start-up The Gifts Project to eBay last year. Gura also points to home grown successes such as NASDAQ listed security specialists Check Point, which has a market cap of more than $10bn.

“The most important thing to remember is how hard it is to build a $1bn dollar company. How many do we expect to have in a country of 7m people? Per capita, Israel is winning.”
Outside of the tech bubble, though, the scene can seem insular and of little relevance to the average Israeli, Lipson says. “Most people in Israel look on technology start-ups in the same way as they look at Hollywood – they’re as likely to be involved as they are to be a movie star. For the majority, wages are low and there are few opportunities.

“Most Israelis suffer from a sense of being unheard and left behind, as in many other Western countries. The protest wave that begun here in July 2011 is a case in point.”
Vardi says policymakers should attempt to engage Arab Israelis and Orthodox Jews in entrepreneurship through the Chief Scientist’s programme so the start-up nation reaches “beyond 10pc of the country”.

“We are not high tech robots,” he says.