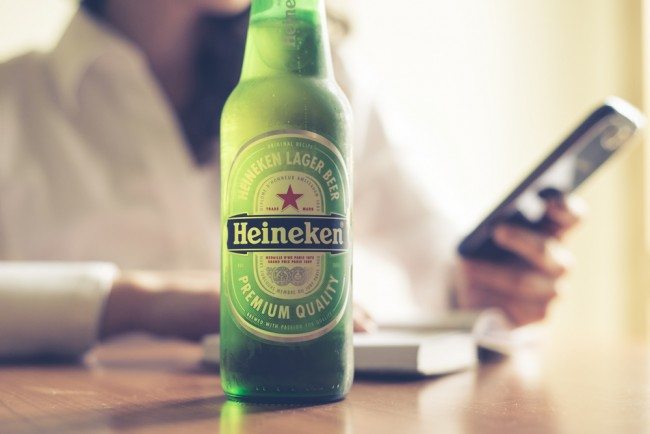 The Dutch brewer said that its UK operations had been hit by “challenging market conditions and promotional pressures”, while last year’s good weather and the football World Cup had created tough comparatives.

Although its cider volumes weakened in the second quarter, contributing to a fall in profits in Britain, The Times reports that the group is optimistic about innovations in the UK, such as Strongbow Cloudy Apple and Bulmers Zesty Blood Orange.

David Forde, managing director of Heineken UK, said: “In challenging market conditions and against strong comparatives, the Heineken brand delivered solid volume growth in the UK. Our sponsorship of the Rugby World Cup represents a significant opportunity for us in the second half.”

In western Europe, the decline in Britain was offset by higher profits in the Netherlands, France and Spain, while elsewhere the brewer won market share in Vietnam, Poland, Brazil and the United States.

Profits in Africa fell by 7.2 per cent on the back of the political and economic turmoil in Nigeria, which is struggling with a much lower oil price.

However, strong sales of its premium brands, such as Heineken and Deperados, around the world helped the company to sidestep the nasty World Cup hangover reported last week by Anheuser-Busch InBev, the Stella Artois and Budweiser brewer.

Group revenues grew by 2 per cent on an organic basis to €10.9 billion, and operating profit rose by 3.4 per cent to €1.55 billion. Net profit was up 14 per cent organically to €915 million, helped by a currency benefit of €52 million.

Its overall beer volumes increased by 1 per cent, driven by the Americas, Asia Pacific and Africa and the Middle East, with its core Heineken brand up 4.7 per cent, ahead of the wider beer market.

Jean-François van Boxmeer, the Heineken chief executive, hailed “solid results” in the face of strong comparatives last year, adding: “Whilst economic conditions and the pricing environment in certain key markets remain challenging, we are confident of continued progress and our full-year expectations are unchanged.”