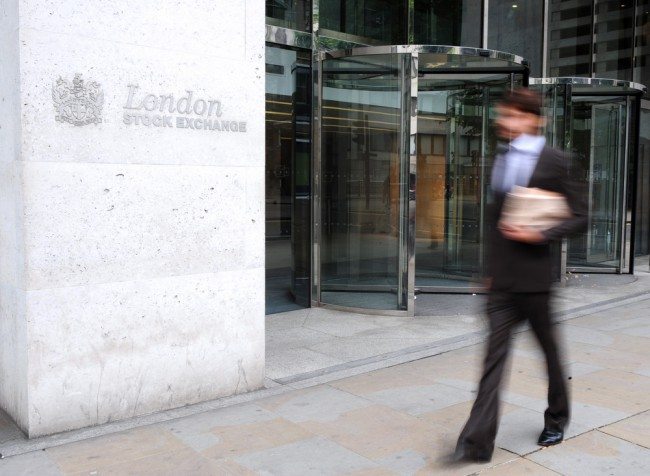 The funds making the bets include Lansdowne Partners, which is run by George Osborne’s best man, Peter Davies, and Odey Asset Management, which is led by Crispin Odey – who made millions by predicting the credit crisis and earlier this year said the world was heading for a downturn “likely to be remembered in 100 years”.

Short selling, effectively betting that share prices will fall, involves borrowing shares in a company and selling them with a view to buying them back at a lower price. The hedge fund makes a profit by banking the difference , as long as the shares do in fact fall.

As concerns over the slowing Chinese economyhave grown, traders have increasingly bet that the fallout would be felt in blue-chip shares in London. The average percentage of FTSE 100 company shares out on loan to short sellers has risen from 1.2 per cent a year ago to 1.75 per cent.

The value of the short positions hedge funds have taken in FTSE 100 companies is £17.8bn, according to The Guardian.

By the close of trading on Monday the FTSE 100 had fallen for 10 days in a row, sending it 17 per cent down from its record high in April, before bouncing back by 3 per cent on Tuesday.

The biggest short positions are in Wm Morrison and J Sainsbury, with 16.4 per cent of Morrisons shares out on loan, and 16.2 per cent of Sainsbury’s shares. Traders have bet on the two supermarkets struggling further in the face of fierce competition from the discounters Aldi and Lidl.

There has also been an increase in the short selling of companies likely to be hit by the falling oil price and slowing economic growth in China. The engineering group Weir has 7.5 per cent of its shares on loan, the fund manager Aberdeen Asset Management 6.1 per cent and Royal Dutch Shell around 4.4 per cent as concerns continue that its deal to buy its rival BG Group could fall apart.

Hedge funds have to disclose short positions to the Financial Conduct Authority, after the rules were changed following the onset of the 2008 financial crisis.

The FCA’s databases shows that the biggest single bets hedge funds placed include Odey taking a 1.6 per cent position against Aberdeen and Lansdowne shorting 2.6 per cent of Morrisons.

Short selling could drag stocks down further as hedge funds increase their positions, according to Jake Robbins, a fund manager at Premier Asset Management. Algorithmic trading systems, which kick in as they notice other investors selling, have added to pressure on the market.

Robbins said: “Further losses are likely as the Chinese economy slows, retail investors who have borrowed to invest are forced to liquidate, economic fundamentals deteriorate further, and valuations remain high relative to last year when the government-induced rally began.

“Government intervention may stabilise things briefly, but the Chinese government is discovering that free markets are exactly that and very difficult to control.

“With a backdrop of poor economic data for China and other concerns about the real value in many Chinese companies, we are maintaining our cautious view concerning investing in this market.”

The short positions taken by Odey echo his bets before the 2008 financial crisis, when he shorted Bradford & Bingley, the bank that later had to be rescued by taxpayers.

In a note to clients earlier this year, he said there could be a severe downturn as a result of the falling oil price, the slowdown in China and the fact that central banks were running out of options after using their firepower to fight the 2008 crisis.

“This downcycle is likely to be remembered in 100 years,” he said. “Sadly this down cycle will cause a great deal of damage, precisely because it will happen despite the efforts of central banks to thwart it.

“We are in the first stage of this downturn. It is too early to see what will happen. A change of this magnitude means the darkness and mist is very great.”

The Markit data also shows that the average short position in FTSE 250 companies has risen 24 per cent in the last year to 1.6 per cent.

The most shorted companies in the FTSE 250, which is more domestically-focused than the FTSE 100, are the construction group Carillion,the investment manager Ashmore, and the property investor Hansteen.