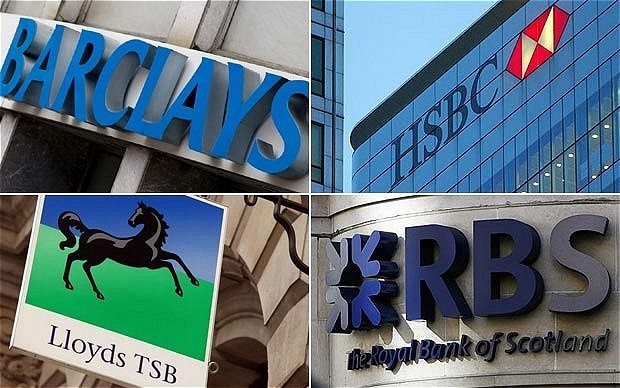 Mr Moore, who was dismissed from his role as head of group regulatory risk at HBOS in 2004 after warning that the bank was taking excessive risks, has taken a role as chairman of Assetz SME Capital. The venture will combine an online site directly linking savers to small businesses seeking loans with experienced relationship managers to work with companies.

Mr Moore said his involvement is a result of him “giving up” on a four-year campaign for reform of the banking sector and a full public inquiry into the financial crisis, reports The Telegraph.

“The general policy thrust of reform has not held people to account or changed banks for the better, notwithstanding a lot of noise. The Fraud Act applies to [Barclays’ rigging of Libor]. No enforcement equals no deterrent. The vested interests have got it and we have lost.

“I’ve given up on reform to get involved in something that can do some good.”

When HBOS came close to bankruptcy in 2008 and was taken over by Lloyds, Mr Moore broke a settlement not to speak of his warnings.

Assetz has been founded by Andrew Holgate, who left RBS last month after spending seven years in small business banking. He said the site will be similar to existing online lending marketplaces such as Funding Circle, which has lent £53m to small businesses.

“The main area of difference is that we will have a physical relationship with the businesses through relationship managers. You can become a faceless business on the internet – nothing beats giving the tyres a kick.”

“Lots would kill to take part. The relationship manager isn’t the decision-maker anymore – he’s a tool to extract income from customers. They are glorified salesmen these days. The decision on lending goes to credit committees. We will provide oversight to ensure consistency but we don’t have a hard-and-fast policy – the relationship manager will be able to [provide approval].”

Mr Moore said: “Part of the fundamental problem in the build up to the banking crisis was blindly relying on mathematical formulas which couldn’t be validated. I’d rather lend to someone the computer says no to who I think is honest and will work hard to repay the loan than someone who looks good on paper but doesn’t give a monkey’s about integrity. This is an attempt to find a balance.”

Assetz SME Capital is due to launch at the end of October, and already has pledges from high-net-worth investors of around £25m. Mr Holgate said it would also be available for retail savers. Small businesses can expect to pay between 8pc and 15pc for loans, with Assetz taking 1.5pc and the rest going to savers.
A Bank of England survey published on Thursday found that lending contracted by £2bn in the three months to August. Net lending to small and medium-sized companies has been negative since the second quarter of last year.

Mr Holgate insisted the decline isn’t just down to muted demand. “Banks are tightening lending criteria to the point of not lending – I saw this as a new way of doing things.”

Mr Moore says the risk of lending through the market, which will not be regulated, will be made very clear to users. “The rules are always the same. My motto is ‘control, profit, growth’ – in that order.”