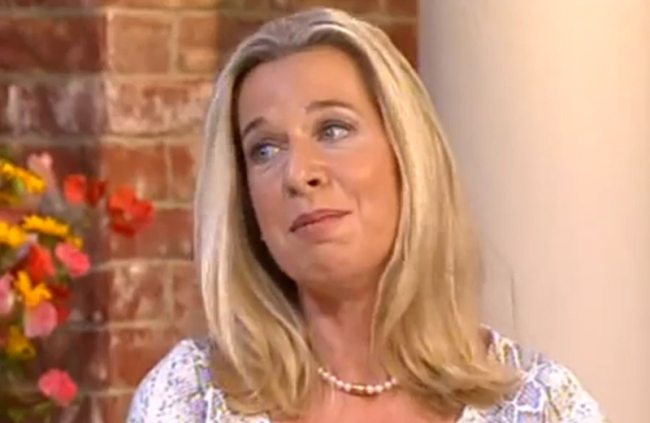 Former Apprentice contestant Katie Hopkins has once again come under fire for her forthright opinions – by claiming she would never employ a fat person.

She says an overweight employee could give the wrong impression to her consultancy firm’s clients – because they look ‘lazy’.

It is the latest outburst from the controversial former reality TV show celebrity, who has aimed barbs at a wide array of people and groups she does not deem acceptable.

Last week she aimed her venom on children being given ‘common names’ live on This Morning much to the amazement of co-presenter Holly Willoughby and still stood her ground when presenter Philip Scofield questioned the name of her own daughter India, contradicting her point of view.

The 38-year-old said: ‘I bet I’m not the only one who thinks that if you are obese, you should eat less, move more and lose weight.
‘Would I employ you if you were obese? No I would not. You would give the wrong impression to the clients of my business.

‘I need people to look energetic, professional and efficient. If you are obese you look lazy ,’ she told The Sun.

However apart from being a regular ‘opinion giver’ on programmes like ITVs This Morning and having columns in both the Daily Mail and The Sun we are not sure what business Hopkins is referring too especially given that none of the various websites linked to her ‘business operations’ appear to be active.