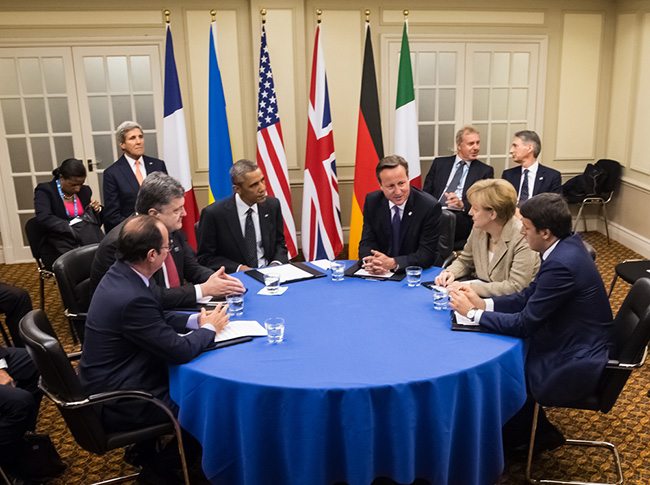 On Friday congratulation notes rolled in from across the continent for the UK’s reelected prime minister, including an invitation to Paris from France’s François Hollande, a socialist president whose relations with Mr Cameron are far from warm.

The FT says that the diplomatic pleasantries belied a sudden realisation that the EU must now grapple in earnest with the threat of Brexit and embark on a fraught negotiating process that will test the political price EU countries are willing to pay to keep Britain in the union.

For senior officials who will be involved in the talks, the big surprise is facing a Conservative leader and party they never imagined would win a majority and enjoy power with no coalition partner to check their eurosceptic instincts.

“Cameron will now have an enhanced belief in his luckiness as a general,” said one senior EU diplomat. “He’ll feel invincible, it will strengthen his view he has the winning touch . . . but he is approaching a hornets nest.”

In the short term, several diplomats said they wanted the UK to lay out a clear road map for any renegotiation, including the referendum date, which will have a significant bearing on the substance of any deal. Some expect Mr Cameron to flesh out basic details at the latest by the summit of EU leaders in June.

Mr Cameron has said a referendum will be held by the end of 2017 and Philip Hammond, UK foreign secretary, has told counterparts he will need all that time to push through a complex renegotiation including EU treaty change.

However, other officials who have spoken to Mr Cameron think an early referendum date in 2016 is a serious possibility: it keeps the disruption of the negotiation to a minimum, avoids the French presidential elections in 2017 and sets more realistic expectations regarding treaty change. “He will want it over and done with,” said one.

Cameron will now have an enhanced belief in his luckiness as a general. He’ll feel invincible, it will strengthen his view he has the winning touch . . . but he is approaching a hornets nest
Jean-Claude Juncker, the commission president, has long envisaged “a fair deal” for Britain modelled on concessions to Denmark in 1992, where EU leaders agreed a package reforms that would take effect but be legally incorporated into treaties at a later stage.

One senior eurozone official such a deal could be agreed as soon as early 2016 — just in time for an early British plebiscite. This would disappoint many Tory MPs seeking a repatriation of powers, but may be Mr Cameron’s best option in Brussels: the eurozone has no appetite for a big federal leap before 2017 that Britain could hitch its own demands to.

There has long been frustration in European capitals over Britain’s unwillingness to reveal an precise list of reform demands. “The most senior people from Downing Street sit in front of me saying they can’t tell us what they want,” said one EU diplomat. “They say they don’t know yet.”

Sandro Gozi, the top aide on Europe to the Italian prime minister, said Mr Cameron “needs to say more clearly what it means to renegotiate, what policies he wants to change, and how he wants to modify the treaties”. “It’s up to him to explain. We have worked well with them, but the ball is in their court,” he added.

Mr Cameron’s partners in Europe are still working through the implications of his slim majority. Some think his victory will empower him and make for a smoother process. Kai Whittaker, a German CDU MP, welcomed the election of a “strong prime minister” with a like-minded economic outlook. “We need Britain against the Club Med.”

Others worry it will embolden an anti-EU faction within the Tory party. Jens Zimmermann of the SPD, fears he will be “more dependent” on eurosceptic backbenchers. “My feeling is that many German MPs are not going to be happy spending the next two years negotiating the British position in the EU.”

These concerns were echoed by Gianni Pitella, the leader of the Socialists in the European parliament, who called on Mr Cameron “to sideline the extremist anti-europeans in his party”. “We will not accept any blackmail,” he said.

Above all Mr Cameron’s partners are hoping the Tory majority will not give rise to unrealistic expectations. Existing Tory manifesto promises to curb benefit rights of EU migrants — which Mr Cameron has been told will require treaty change — are already a seen as a tall order.

“There is a limit to how far we are willing to go — and we’re on the UK side. We’re not looking for treaty change,” said one senior EU official. “But the reforms we back will be for Britain, not a favour to the leader of a party trying manage his rebels. He must be careful, he can’t let emotion get the better of him and ask for too much because the continent is fed up.”