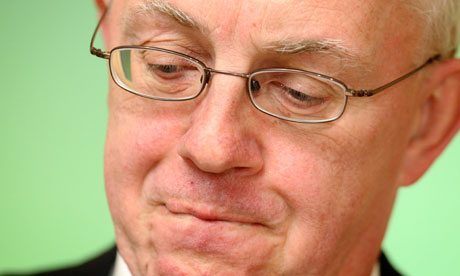 The banking standards commission has put the possibility of a full break-up of the banks back on the political agenda by calling for the ringfence between high street and investment banks to be “electrified”, reports The Guardian.

The move risks opening up divisions with the chancellor, George Osborne, who urged the commission last month not to reopen the debate about the structure of banks. Despite his plea, it recommends that the government should have a reserve power to separate high street banks from investment banks if they do not implement the ringfence proposals in the report by Sir John Vickers’ independent commission on banking (ICB).

Set up following concerns about ethics in banking raised by the £290m fine on Barclays for rigging the Libor interbank lending rate, the parliamentary commission on banking standards also warns that the way legislation is being introduced could make it possible to water down the ringfence recommended by Vickers.

Andrew Tyrie, the Conservative MP who chairs the parliamentary commission, said: “The proposals, as they stand, fall well short of what is required. Over time, the ringfence will be tested and challenged by the banks. Politicians, too, could succumb to lobbying from banks and others, adding to pressure to put holes in the ringfence.

“For the ringfence to succeed, banks need to be discouraged from gaming the rules. All history tells us they will do this unless incentivised not to. That’s why we recommend electrification. The legislation needs to set out a reserve power for separation; the regulator needs to know he can use it.”

In 2013, the commission will report on changes to competition, corporate governance, regulation and civil and criminal law to enhance standards and culture in banking after taking hours of evidence since being set up four months ago. Since then, even more banking scandals have erupted, most recently leading to

a £940m fine imposed on UBS for rigging Libor.

Tyrie said the latest revelations “beggar belief” and evidence would be taken on UBS next year.

When he appeared before the commission last month, Osborne urged the commission, made up of MPs and peers, not to call for a more radical separation of banks.

In response to the recommendations by the commission, a Treasury spokesman said: “The government is committed to reforming the financial sector and putting in place a regulatory structure that learns the lessons of the past and protects taxpayers in the future. It has been committed to building consensus and has consulted widely on these reforms over the last two and half years.”

The shadow chancellor, Ed Balls, said: “If the letter and spirit of the Vickers proposals are not delivered and we do not see cultural change in our banks, full separation will be necessary. The commission is clearly right to say the jury is still out and to demand a reserve power for full separation of the banks.”

The banking reform bill to implement the Vickers report will be formally introduced into parliament next year.

Tyrie has proposed an annual review of how the ringfence is working, to be carried out by the new Prudential Regulation Authority being set up inside the Bank of England. He wants an independent assessment at least once every four years.

The commission intends to take fresh evidence on whether to implement “the Volcker rule” – named after former US Federal Reserve chairman Paul Volcker, who gave evidence to the commission – which suggests hiving off proprietary trading.

The commission is also suggesting a way to tackle the so-called leverage ratio – a measure of the riskiness of a bank. Vickers recommended a ratio of 4%, which would restrict leveraging up of banks to 25 times, but the government has suggested that the ratio be 3%, allowing a higher leverage of 33 times.

The commission calls for the financial policy committee (FPC) being set up inside the Bank of England to be allowed to set the ratio. “The primary duty of setting a leverage ratio should fall on the FPC, not politicians,” Tyrie said.

The British Bankers’ Association warned that a tighter ratio “would restrict the number of mortgages banks could agree to and ultimately lead to more expensive mortgages for British families”.

The commission says ringfenced banks should be allowed to sell “simple derivatives” to businesses, but should be subject to conditions to make sure that derivatives do not become “the thin end of a wedge which could undermine the ringfence”.

The prospect of a ringfence is still not universally endorsed. Iain Coke, head of accountancy body ICAEW’s financial services faculty, said: “Retail banks are not intrinsically safer than investment banks. Historically, most bank failures have come from poor traditional lending – especially for real estate – rather than from investment banking”.