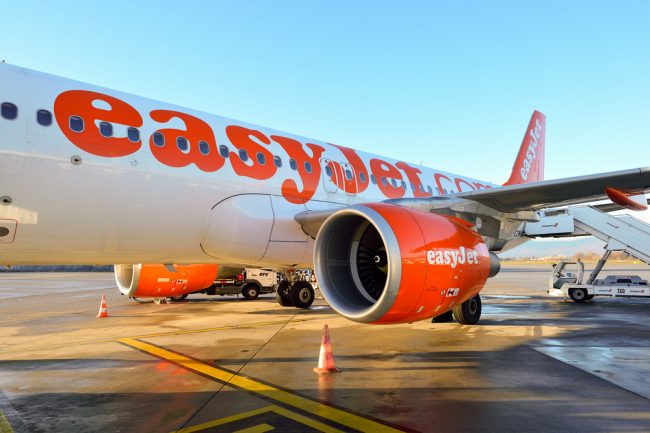 EasyJet has pledged to pay out more of its earnings in dividends despite falling into the red in the first half of the financial year after the effects of terrorist attacks hit passenger revenues.

The budget carrier said it expected to meet market forecasts for the year despite swinging to a £24m pre-tax loss for the six months to the end of March from a £7m profit a year earlier.

The company said revenue per seat fell 6.6 per cent after it cut prices following the terrorist attacks in Paris and Brussels to encourage wary travellers back onto planes.

Cancelled flights to Sharm el-Sheikh in Egypt, where a Russian passenger plane was downed by a bomb, and currency movements also affected revenue per seat. Revenue per seat will fall about 7 per cent in the current quarter, which ends in June, though bookings are back in line with a year earlier, the company said. In the period, passenger numbers rose 7.4 per cent on the year to 31 million.

Carolyn McCall, easyJet’s chief executive, told Bloomberg TV: “Demand does not come back immediately [after a terrorist attack]. Demand always comes back. We’ve seen that with both the tragic events that have happened this year and we have seen that in the past. Volumes are there but what isn’t the same as last year is pricing.”

McCall said easyJet’s board was confident about the airline’s prospects and that as a result the company planned to pay out half its earnings in dividends – an increase of a quarter.

The move may assuage the company’s founder and largest shareholder, Sir Stelios Haji-Ioannou, who has criticised easyJet’s “scattergun” dividend policy and called for half of earnings to be paid out.

McCall said: “We have got enough cash to do this and we wouldn’t be raising our ordinary dividend to 50 per cent if we didn’t believe in the long-term success of this airline. We can do this. It’s the right thing for now.”

EasyJet’s first-half result was slightly better than analysts average forecast for a loss of £25.7m, according to Bloomberg. Analysts expect profit for the year that ends in September to be £721m, up from £686m last year.