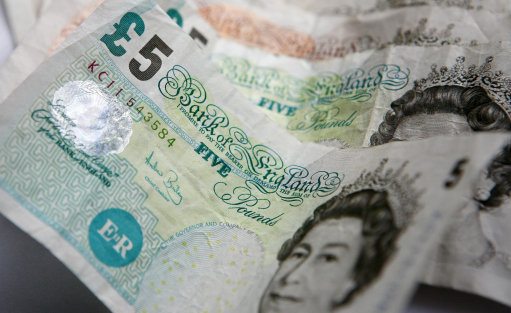 The Bank of England said 150 million of its paper £5 notes – the equivalent of about three for every adult in the UK – remain with the public, reports The BBC.

Shops may refuse them from Saturday, although banks should exchange them.

The change to polymer £5 notes marks a temporary absence of women, apart from the Queen, on the Bank’s banknotes.

Social reformer Elizabeth Fry’s portrait has been on the paper £5 note for 15 years. That note will no longer be legal tender from midnight on Friday night.

The paper £5 has been replaced by the polymer note featuring Sir Winston Churchill.

The polymer Churchill fiver entered circulation in September, since when it has been circulating in tandem with the paper £5 note.

With millions of the new notes having been printed, the old paper fivers have been withdrawn by banks. Retailers have accepted the old paper £5 notes, but can refuse them from Saturday.

Shopkeepers will have arrangements with their banks, should they still hold them in their tills from the weekend.

More significantly, millions of the old banknotes are still in handbags, bedroom drawers and down the back of sofas across the country.

Generally, banks will continue to accept or replace any of these notes brought into a branch by their own customers – at least for the next few months.

A spokesman for RBS said: “After the note goes out of circulation, customers will still be able to bring in their old £5 notes for exchange at one of our branches. Non-customers will be directed to their own bank.”

A Lloyds Banking Group spokesman said: “We’ll continue to accept them from our customers, either exchanging them for the new polymer note, or depositing it into their account, whichever they prefer.”

The public can take or post any old notes, at any time in the future, to the Bank of England in Threadneedle Street in the City of London, to be replaced.

The old paper £5 notes, when withdrawn from circulation, are shredded and turned into compost, according to the Bank of England.

The move to the new polymer £5 note has been controversial.

Firstly, after the announcement of Churchill as the main portrait, there were protests and discussions about female representation on banknotes.

Fears of a long-term absence of women on Bank of England notes were finally averted when the the Bank said author Jane Austen would appear on the new polymer £10 to enter circulation in September 2017.

Secondly, vegans and some religious groups have voiced concerns about the new polymer note, as it contains a small amount of tallow, which is derived from meat products.

The Bank recently said it would not redesign and reprint those in circulation, but it was still working with its polymer supplier to “determine what alternatives might be available” for the current £5 note and the Jane Austen £10 polymer note.