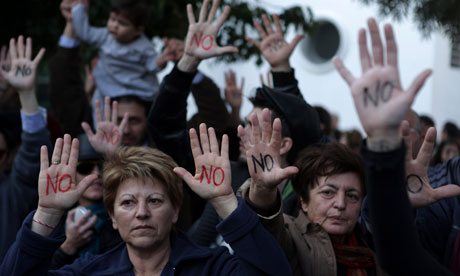 Earlier, the authorities said all but the biggest two would open on Tuesday, reports The BBC.

The bailout deal will see larger depositors in the two biggest banks, Bank of Cyprus and Laiki, lose money.

Controls to prevent money leaving the country are already in place.

Certain limits on the size of cash withdrawals are expected to continue.

Banks have not been open since 15 March. Their reopening had been expected after Cyprus agreed a deal with the International Monetary Fund (IMF) and the European Union (EU) that releases 10bn euros in support.

It was conditional on Cyprus itself raising 5.8bn euros, most of which looks likely to come from depositors with more than 100,000 euros (£85,000) in Bank of Cyprus and Laiki or Popular Bank.

The banks remained closed after the country’s first money-raising solution, which would have hit smaller deposit holders as well as larger holdings, was rejected by parliament.

The new deal for Cyprus, unlike previous agreements, does not require parliamentary approval. It will also include austerity measures and tax increases.

Laiki will be shut down, and deposits under 100,000 euros, which are guaranteed by the state under EU law, will move into the Bank of Cyprus to create a “good bank”.

Deposits above that insured amount will be frozen and used to pay Laiki’s debts and recapitalise the Bank of Cyprus, with depositor losses eventually converted into shares.

Major depositors, many of whom are wealthy Russians, will not be able to access accounts exceeding the 100,000-euro limit until the restructuring of the banks is complete.

A government spokesman said the losses on uninsured depositors would be “under or around 30%”.