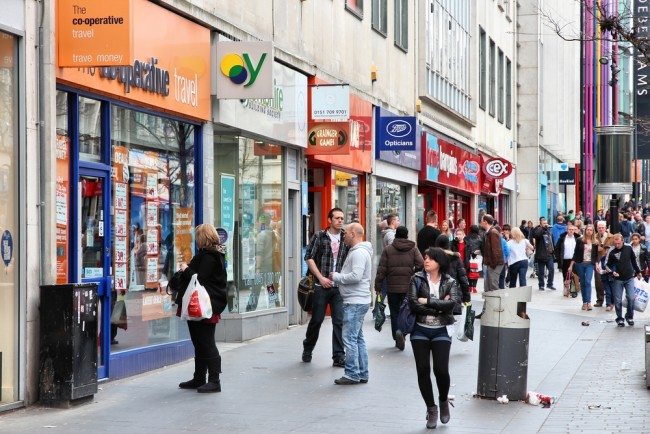 Under government plans to allow high streets to “grow and thrive”, councils will be given powers to zone areas where Sunday trading laws could be relaxed. The changes would mean that a local council could declare that shops on a designated high street could be allowed to operate under more relaxed hours while out-of-town shopping centres with fewer local ties could face restrictions.

According to The Guardian, the move will be announced on Wednesday as Brandon Lewis, the communities minister, and Anna Soubry, the business minister, launch a consultation process on liberalising Sunday trading laws.

George Osborne announced in his July budget that he would strengthen the hand of mayors by giving them power to set Sunday trading laws in their areas.

The government consultation will propose that the current law, which prevents shops that cover more than 3,000 sq ft from opening more than six hours on a Sunday, should be amended. Local councils and mayors would instead be given the power to decide which areas would be free from the restricted trading hours.

Ministers expect that local leaders, who are keen to rejuvenate their high streets, would relax trading hours on high streets. This would mean that supermarkets, department stores and gardening centres could open for more than six hours on Sunday. Convenience stores are not subject to the six-hour rule.

Lewis said: “This government is determined to devolve powers previously held in Whitehall to local people. That’s why we want to give local leaders the power to decide whether Sunday trading is right for their area, and to give their retailers the option to stay open for longer.

“We have already taken a range of measures to boost the Great British high street and now we are giving local areas another tool to encourage shoppers to the town centre and get shops to grow and thrive.”

The move has been welcomed by retailers who say they are losing out under the restrictive rules which date back to Sunday Trading Act of 1994. In a statement issued by the Department for Communities and Local Government the chief executive of Hillview Garden Centres Ltd Boyd J Douglas-Davies said: “Our customers want to be able to shop on a Sunday at a time that suits them and their lifestyle.

“At both ends of the day we have to deal with frustrated visitors at all of our centres. In the morning the ‘early-birds’ want to get on with the gardening and later in the day, visitors are forced to leave the centre at a time that feels like it is only mid-afternoon. Sunday is by far and away the busiest day of the week – this demonstrates that customers want to shop on Sundays.”

But James Lowman, the chief executive of the Association of Convenience Stores, whose members will now competition from larger stores, rejected the proposed change.

Lowman said: “The current Sunday Trading rules are a popular compromise that provide a small but important advantage for small shops. We know from the Sunday Trading experiment during the Olympic Games that longer opening hours on a Sunday only results in trade being diverted from smaller stores to larger stores, with no overall benefit in sales to the UK economy. We will continue to fight this complicated and harmful plan, and will campaign throughout the year to ensure that our existing Sunday Trading rules are retained.”