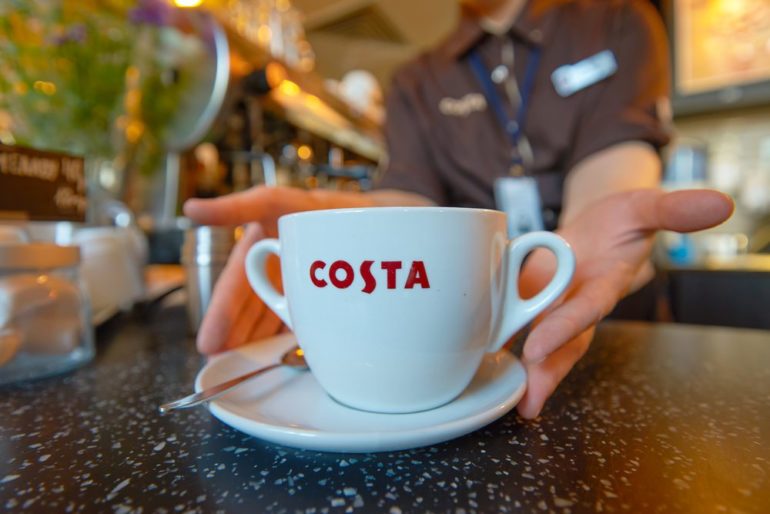 Costa has reported a 10 per cent fall in first-half profits, partly due to more expensive coffee imports.

Pre-tax profits at Costa slid to £59m, with the UK’s biggest coffee chain also pointing to higher staff costs and business rates for the decrease, reports the BBC.

However, the firm’s owner, Whitbread, saw group profits rise thanks to growth from its Premier Inn hotel business.

She also told the BBC that Costa had no plans to put up its coffee prices, despite seeing rising costs.

The coffee chain’s like-for-like sales – which measures growth among existing outlets – increased by 0.6 per cent, helped by the launch of hot breakfasts and lunches.

Whitbread’s pre-tax profits in the six months to 31 August increased by 20 per cent to £316m as it added more Premier Inn rooms and opened more Costa coffee outlets.

In the UK, it opened over 2,000 new Premier Inn rooms and added 108 more Costa stores during the period.