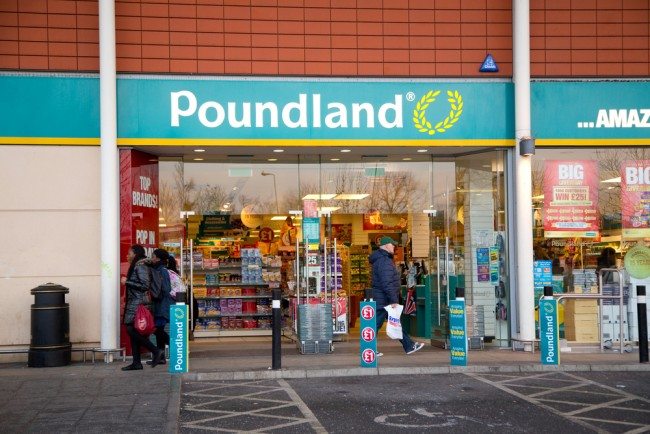 According to the Financial Times, Poundland had signed a deal to buy its discount retail rival in February for an enterprise value of £55m, claiming it would offer 99p shoppers better value, service and choice, writes Joel Lewin.

However, the Competition and Markets Authority intervened in April, opening an in-depth investigation into the merger, which it feared could have an impact in consumer choice. The CMA initially gave Poundland the opportunity to assuage its concerns, even though it said the retailer had failed to offer “any undertakings” to address its concerns that the takeover would result in a “substantial lessening of competition.”

Poundland said on Tuesday: “The CMA has provisionally concluded that the merger may not be expected to result in a substantial lessening of competition and has therefore provisionally cleared the anticipated acquisition of 99p Stores by Poundland.”

Jim McCarthy, Chief Executive of Poundland, added: “We welcome the CMA’s provisional clearance of our acquisition of 99p Stores and we look forward to a satisfactory conclusion to its Phase 2 review. We continue to believe that the acquisition of 99p will be great for customers and for shareholders alike.”

The CMA had identified 80 areas where the companies already have competing stores and 12 where they could become competitors in the future. However, the CMA concluded in its investigation that this number was sufficiently small- only a third of Poundland’s stores were in competition with 99p Stores.

It was also concerned that the merged company would have only one single-price retail competitor that also operates on a national scale, Poundworld.

However, the CMA concluded in its investigation: “found that, along with Poundworld, the companies are each other’s closest competitors but after the merger they will still face competition from other value retailers such as B&M, Home Bargains, Wilko and Bargain Buys, along with Tesco and to an extent Asda.”

Discount retailers such as Poundland, 99p Stores, Aldi and Lidl have caused upheaval in the UK retail sector over the past few years, gaining market share with alluring bargains and sparking a price war. The rise of the discounters has piled pressure on large established retailers such as Tesco and Asda.

Poundland, which has more than tripled in size since the 2008 financial crisis, has thrived off the hunger for bargains that intensified among UK shoppers during a prolonged period of slow wage growth and austerity.

However, sales growth from the pound shop model has come under pressure of late as the economic upturn quells the thirst for bargains amongst UK shoppers and the big supermarkets fight back to regain lost market share.