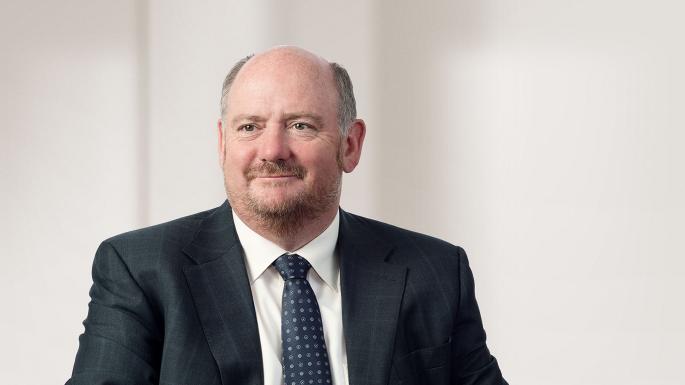 Richard Cousins, the chief executive of FTSE 100 catering company Compass who was tragically killed alongside his family in Sydney on Sunday, was widely credited as one of the most astute businessmen of his generation.

His 11-year tenure at Compass transformed it from a company embroiled in scandal with a stressed balance sheet to a world leader in its field. Friends and business associates spoke on Monday of a man who was humble about his achievements and shunned the limelight in favour of simply getting on with the job, reports The Telegraph.

He had been due to retire later this year. Dominic Blakemore, who had already been appointed as Mr Cousins’ replacement, said he was “stunned and upset” at the news.

He said: “For the past six years Richard has been a friend and mentor to me. He combined Yorkshire grit with a wonderful sense of humour. It was his ability to lead and inspire his colleagues around the world that made Compass the success it is today. We will miss him terribly.”

Lord Livingston, the former UK minister for trade, said he was “deeply shocked and saddened” to hear the news of Mr Cousins’ death, and called him “one of the UK’s finest business people”.

Rupert Soames, the chief executive of outsourcer Serco, also tweeted his condolences. “Such an able man, and a hugely respected CEO of Compass,” he wrote.

Mr Cousins was born in Leeds in 1959. He studied maths at Sheffield University before earning a Masters degree in operational research from Lancaster University.

His early career was spent in strategic planning with Cadbury Schweppes and industrial company BTR, before he joined building materials company BPB in 1990.

He was appointed chief executive of BPB in 2000, and was instrumental in the rapid growth of the company, particularly in the US where he made a number of acquisitions.

When he joined Compass in 2006, the company was in a bad way. It had been caught up in accusations of alleged corrupt bidding for contracts to supply the United Nations, and had become infamous in Britain after chef Jamie Oliver’s campaign against Turkey Twizzlers being served in schools. Compass was the firm responsible for serving the food to children, although it later overhauled its menus to offer healthier options.

Since Mr Cousins joined, the share price has risen from 236p to 1600p and more than £9bn has been returned to shareholders through dividends and buybacks.

Paul Walsh, chairman of Compass, said following the tragic news: “We are deeply shocked and saddened by this terrible news. The thoughts of everyone at Compass are with Richard’s family and friends, and we extend our deepest sympathies to them.

“It has been a great privilege to know Richard personally and to work with him for the last few years.”

When Mr Cousins announced his intention to step down in September, many saw his departure as a defining moment for the business. Tim Ramskill, analyst at Credit Suisse, said: “Whilst we wouldn’t wish to be accused of hyperbole, we consider Richard’s tenure as chief executive of Compass to be nothing short of exceptional.”

It was a sentiment echoed by many following the news of his tragic death. Roland Rudd, chairman of public relations firm Finsbury and Open Britain, where Mr Cousins’ son William worked, who was also a personal friend of Mr Cousins, said the businessman had achieved an extraordinary amount.

“It wasn’t so much that he turned the business around, which he did of course, but that he built it into this huge company,” he said. “He did it all in a completely unstuffy way – he was completely disinterested in honours and recognition. He was a man with very strong principles.”

Such were the strength of those principles that Mr Cousins resigned from the board of Tesco last year after disagreeing with its takeover of Booker. He had served on its board for three years.

John Allan, non-executive chairman at Tesco, said on Monday: “Richard was a valued member of the Tesco board and was appreciated for his business acumen and straight talking. I was privileged to have known him for these years. We are shaken by this terrible news and our thoughts and condolences go to his friends and family.”

Mr Cousins had also held a non-executive position on the board of Reckitt Benckiser (now Relx Group), but stepped down four years ago. He said at the time that his departure would allow him to concentrate more fully on his role at Compass, but he was also understood to have baulked at some of the decisions made about executives’ pay at the company.

Adrian Bellamy, chairman of Reckitt Benckiser, paid tribute to Richard saying: “I am shocked and saddened by the terrible news. It has been a great privilege to know Richard, both personally and professionally.

“He was one of those rare examples of human beings who measured success by not only what he achieved for the companies he led, but also by the significant humanitarian contributions he made. It was a pleasure working on the board where he contributed in shaping RB current strategy.”

Mr Cousins, who was a keen cricketer, lost his first wife Caroline to cancer in 2015. His trip to Australia had been a once-in-a-lifetime family holiday ahead of his impending retirement.