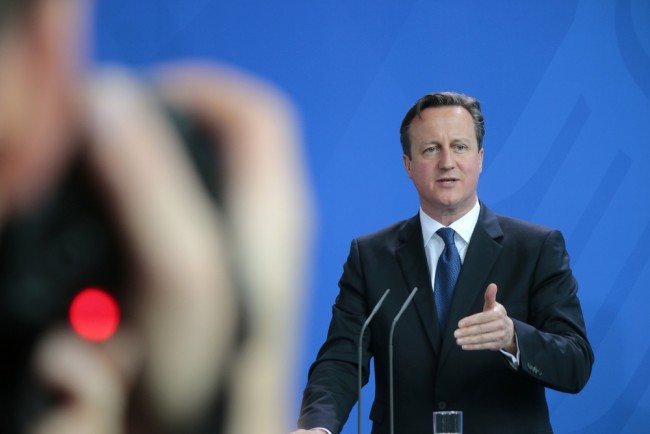 Industry organisations, including the British Chamber of Commerce (BCC) and Institute of Directors (IoD), spoke out after Cameron gave a speech criticising what he claimed was a “welfare merry-go-round” and suggested higher pay should replace tax credits.

The Guardian says there has been speculation that Downing Street could unveil a plan to encourage companies to pay their workers more at the same time as the government announces £12bn of welfare cuts, including reductions to tax credits, next month.

Steve Hilton, Cameron’s former adviser, claimed in a Daily Mail article this week that it was a “complete travesty” that giant retailers like Tesco and Sainsbury’s are making billions of pounds in profits while they are “subsidised by the taxpayer so they can pay their workers a pittance”.

But Labour pointed out that there would need to be a 25 per cent across-the-board rise in the minimum wage to compensate the lowest paid workers if Cameron were to cut tax credits by £5bn. This is a figure the Institute for Fiscal Studies has said would take the child tax credit to 2003 levels, plus inflation.

Following Cameron’s speech, Adam Marshall, executive director at the BCC, said forecasts suggest companies will be increasing salaries anyway but there was not any evidence to suggest pay levels are linked to the receipt of tax credits.

“The trouble is, assumptions are being made about the relationship between tax credits and pay before we’ve got clear evidence either way,” he said. “If it can be demonstrated that tax credits allow some employers to reduce pay levels, then these businesses will need to take a long, hard look at their practices and respond. If there’s no link, however, businesses should be resolute in setting pay levels based on productivity, performance, and clear market signals.

“It’s up to the chancellor to decide how to achieve his deficit reduction strategy, but there should be no surprise sting in the tail for businesses.”

Stephen Herring, head of tax policy at the IoD, also cautioned that many small employers may not be able to afford to increase salaries in lieu of tax credits.

“The question that nobody really has the answer to is what would the trade-off be in terms of job losses,” he said. “A lot of people have in their mind substantial multinational employers that might be able to pay an extra pound or two an hour but lots of these employers have pretty marginally profitable businesses like the local pub or people providing basic services off the high street where it would certainly destroy the economics of those SMEs and micro-businesses.

“The question is, do we want to try and force those micro-businesses to pay more and put them out of business or leave them in business with a smaller workforce? That’s where the dilemma is here.”

Speaking in the House of Commons on Wednesday, Harriet Harman, Labour’s acting leader, told the prime minister that he should not be cutting tax credits before companies have raised their pay.

“You don’t get higher pay by cutting tax credits,” she said. “You seem to be saying low income families won’t lose out because somehow, on the day he cuts tax credits, every employer in the country will rush to immediately put up pay.

“To compensate for the loss of tax credits, that would mean employers putting up pay overnight by twice what the Office for Budget Responsibility has said they are going to do over a full year. That’s not going to happen, is it?”

The Resolution Foundation, a left-leaning thinktank, also said its work showed no link between tax credit receipt and suppressed wage growth. It also pointed out that families would need very large pay rises indeed to offset the potential losses from cuts to tax credits. Many have also pointed out that companies may not know which of its employees get in-work support from the state, as the level of this is highly dependent on family circumstance and overall household income.

Frank Field, the Labour MP recently elected to chair the Commons work and pensions committee, said Cameron must be careful not to use the the issue of companies paying low wages as a “fig leaf” to cover his welfare cuts.

“If companies start paying more, people are eligible for less tax credits. So maybe as a one-nation Tory he might have favoured that approach, rather than cutting welfare and hoping companies will start increasing wages. He hasn’t seen as part of his strategy that companies pay more only because they’ve got excess profits or because workers are worth more. And for that you have to improve their skills base. That should unlock the central question of how do you raise productivity in this country.”

He said his committee would consider the problem with an inquiry into the issue of low pay and productivity.

Before the election, Labour promised to introduce tax breaks to companies that pay the living wage, which could lead to a reduce tax credit bill without that benefit being cut for those who needed it.

Liz Kendall, one of the Labour leadership candidates, on Wednesday night promised a review into how to tackle low pay in social care

“Today I’m pledging to move Britain to a living wage society, and that one of the first areas I will take action on as Labour leader is the scandal of low pay in social care,” she said.

The Leicester West MP also pledged that as leader she would deliver a “true Low Pay Commission, not just a Minimum Wage Commission”.