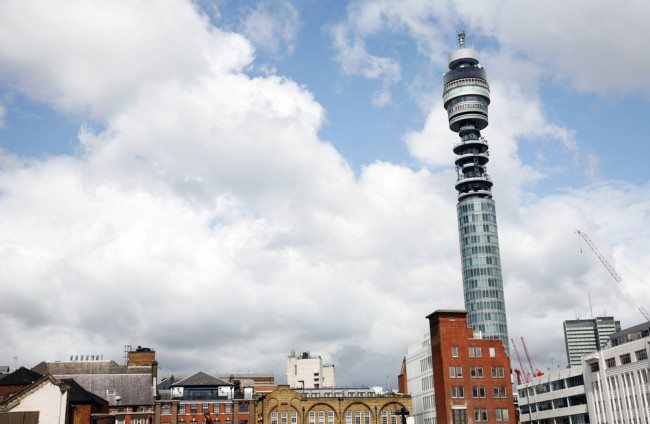 BT is set to become a takeover target for Deutsche Telekom as an international telecoms merger frenzy intensifies, according to senior industry executives and City analysts.

Speculation of a potential tie-up comes as the German giant is reportedly in advanced talks to merge its American arm, T-Mobile US, with the satellite pay-TV operator Dish Networks. If a deal is struck, industry sources claim, the likelihood of a Teutonic takeover of BT will increase, reports The Telegraph.

Merging T-Mobile US with Dish is seen as a route for Deutsche Telekom to exit the American market, in which it has struggled but is now enjoying improving market share. It could then redeploy billions in Europe by buying BT, in a deal that would realise the long-held ambitions of industry executives to join up their networks across borders.

Speculation about the fate of Europe’s former state monopolies is growing as Vodafone and John Malone’s cable empire Liberty Global hold talks on asset swaps. Mr Malone is also exploring a merger that would create a powerful pan-continental player in broadband, mobile and pay-TV.

A senior industry source claimed: “Deutsche Telekom is clearly is selling out of the US and clearly they don’t want to give the money back to shareholders, they want to use it in Europe. They want to buy BT.”

Deutsche Telekom owns two thirds of T-Mobile US, which is listed on the New York Stock Exchange. On its current market capitalisation, the stake is valued at nearly $22bn (£14.4bn). BT’s equity is currently valued at £37bn, having gained 40pc in the last two years as the company has benefitted from its broadband network upgrade and attacked Sky’s pay-TV dominance.

The Germans are already due to become major shareholders in BT following the completion of its £12.5bn takeover of EE, expected early next year.

In part-exchange for its 50pc stake in Britain’s largest mobile operator, Deutsche Telekom accepted a 12pc stake in BT and the right to appoint a board member. Tim Hoettges, chief executive of the German operator and an enthusiastic advocate of European telecoms consolidation, is favourite to take the seat.

If Deutsche Telekom does harbour grand ambitions towards BT there would be major pitfalls.

Citigroup analysts have claimed Dish could choose to sell itself to Verizon rather than merge with T-Mobile US, for instance, which could mean Deutsche Telekom is stuck in the American market for longer.
There is also the risk posed by the planned referendum on membership of the EU. A British exit from the trading bloc would make BT a less attractive target to an operator inside the Eurozone.

It is likely there would be more political obstacles to overcome if Deutsche Telekom were to seek control of Britain’s telecoms network, industry executives said. It is a critical part of national infrastructure relied upon by all arms of Government, including intelligence agencies and the military.

Competition clearance at least could be relatively simple, analysts said, partly because the European Commission has indicated it supports the idea of cross-border telecoms mergers to encourage investment in broadband and mobile infrastructure.

Deutsche Telekom has time to prepare a move. As part of the terms of the EE deal, its stake in BT cannot exceed 15pc for three years following completion, meaning it cannot swoop until 2019.

Rivals are also considering how they might build an empire, however. Last week Gervais Pellissier, deputy chief executive of France’s former state monopoly, Orange, said it could look to acquire Telecom Italia or KPN, the Dutch operator.

Neil Campling, a telecoms analyst at Aviate Global, said: “Cross-border consolidation is going to happen. You can see a situation in five years when there are three or four really big players across the continent that have markets the size of the US.”