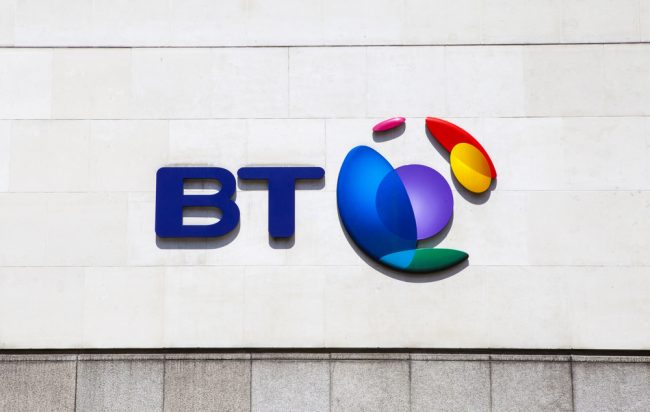 BT will plough £6bn into the project to upgrade both its broadband and mobile network, building on a pledge by EE to cover the entire country with 4G mobile services, reports The Telegraph.

By 2020, ultrafast broadband will be deployed to a minimum of ten million homes and businesses, with an ambition to reach 12m, BT said. Two million of these households will be given fibre-optic connections, while 4G mobile services will cover 95pc of the country.

The telecoms giant’s profits rose 15pc to £3.03bn in the year to March 31, in its first set of results after the takeover of mobile operator EE. Strong demand for its broadband and television packages helped lift revenues by 22pc, to £18.91bn.

Mr Patterson said it had been a “landmark year for BT” which consummated the takeover of EE for £10.25bn last January. He said the integration was “going well” following an overhaul of the company’s management structure in the wake of the merger.

The BT boss warned that any investment plans are “subject to regulatory certainty” amid an ongoing battle by the company to maintain control of its broadband network division, Openreach.

The telecoms watchdog Ofcom is formulating an alternative model for Openreach, that will see BT give up financial control of the network arm, with a decision due in the autumn. Openreach increased sales to £5.01bn in the 12 months to March 31, a 2pc increase on the year before.

Mr Patterson defended the current Openreach model, saying that rivals can “piggyback” on the network should they want to, amid criticism that other companies have not been able to use Openreach’s vast network of ducts and telegraph poles.

Openreach has also been criticised for underinvestment in its infrastructure and making excessive profits that boost the dominance of Britain’s former state monopoly.

Mr Patterson said: “Networks require money and a lot of it. Virgin and BT have both pledged to invest and we will now see if others follow our lead.”

But in a shift in Openreach’s strategy, BT has pledged to invest more in fibre cables and promised to connect hundreds of thousands of businesses with super-fast broadband services.

BT has previously resisted attempts to invest more in fibre-optic cables, instead favouring a technology known as “G.Fast” that adapts existing copper wires. The company said today that “copper has a role to play for many years yet.”

Rival companies have been quick to criticise this commitment to G.Fast technology as one of “limited ambition”. Andrew Griffith, Sky’s finance boss, pointed out that this latest project will bring fibre connections to just two million of the up to 12m premises being targeted for ultrafast broadband.

He said: “Despite BT’s claims, the company continues to see copper as the basis of its network for 21st century Britain.”

Meanwhile, Openreach pledged to halve the number of repair appointments it misses, after BT revealed to a group of MPs last March that the network division misses 1,000 appointments every week.