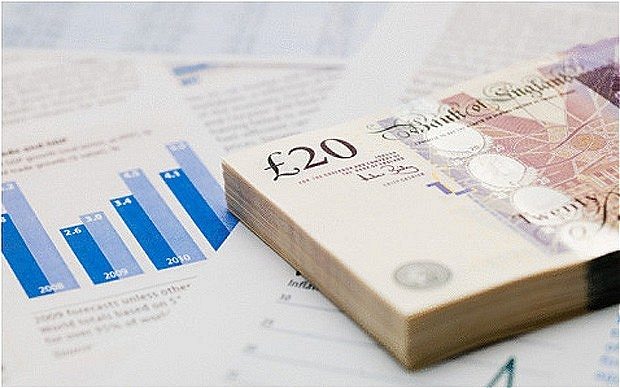 Crystal Print claims that Bibby brought an insolvency practitioner to their factory less than two months after the start-up signed an agreement with the UK’s biggest independent invoice finance lender, reports The Telegraph.

Mags Charnley, financial controller at Crystal Print, said Bibby would not fund the business to the level they had agreed. “Within days of leaving our factory, they were refusing funds – they said they didn’t like half the customers and wouldn’t [fund] the invoices.”

Invoice finance firms advance cash against invoices and take security over the client’s debt book in return, which they can collect following an administration.

In July, Crystal Print secured an agreement to have 85pc of the value of its invoices advanced. However, Ms Charnley claims Bibby advanced much less than agreed and the company’s staff worked for four weeks without wages after Bibby withheld funding. A Bibby employee then turned up at the company’s premises in September with an insolvency practitioner “threatening to put the firm into administration”, the company claims.

However, Bibby rejected the allegations and said the lack of funding was down to “normal, commercial credit limit decisions made on individual customers”. It said the company had made an “unequivocal breach of their agreement in requesting and receiving payments from customers directly and not informing Bibby” after the dispute had started. A spokesman added that administration was a “last resort” and Bibby had “pointed out to the directors and their adviser that they were leaving us with little alternative without any response to our calls”.

The company signed a ‘confidential factoring’ agreement, whereby Bibby collects debts in the name of the client. However, Crystal Print director Colin Charnley said he thought he had been sold an invoice discounting deal, where clients collect their own debts.

Crystal Print also accused Bibby of sending an unauthorised letter in its name to their customers to collect invoices after the dispute began. Bibby said it used normal industry practice following a breach of contract and that Mr Charnley signed the “dislosure” letter as a “security document” at the start of the agreement. Mr Charnley, however, insists he did not sign it. Crystal Print has since moved to a different invoice finance provider.

David Williams, of insolvency advisers Pearson Knightley, appointed by Crystal Print, said: “This was a very successful little company, with £30,000 a month in invoices, and limited in staff – there was no reason for financial difficulty until it started dealing with Bibby.”

Mr Williams, who was at the factory when the insolvency worker arrived, claims the process was halted because “I locked the doors and pinned the [disputed] letter to the wall”.

Crystal Print was one of a number of business owners who contacted The Daily Telegraph after this paper’s investigation into invoice finance firms, following allegations that some are profiting from putting companies into administration.

A spokesman for Bibby said: “We profit from supporting successful businesses, not administrations. We have waived all fees on this relationship, our repayment was short by £800 and we have incurred significant legal costs to defend groundless allegations.”

He added: “We are supporters of the enterprise culture and in the UK fund over 4,000 small and medium-sized businesses and entrepreneurs that the banks don’t want to want to support.”