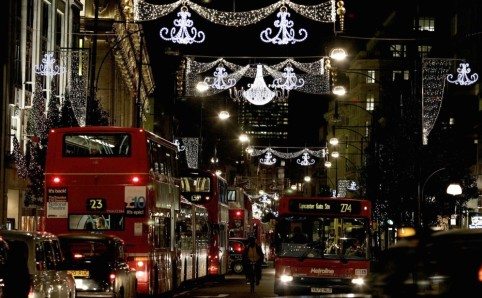 The body that represents the UK’s army of small businesses has demanded a “laser-like” focus on growth from George Osborne, as it cut its forecasts for the UK in the next two years, reports The Guardian.

Warning that a worsening international backdrop and the need for fresh austerity measures would hinder expansion, the British Chambers of Commerce said deficit reduction had to be accompanied by policies that would help companies thrive.

The BCC said it was less gloomy about the outlook for the UK in 2012 following the 1% increase in growth during the third quarter, and was now predicting a fall in gross domestic product of 0.1% compared with the 0.4% in its last quarterly forecast in September.

John Longworth, the BCC’s director-general said: “As we wait in anticipation for the chancellor to deliver his autumn statement tomorrow, our new forecast highlights the challenges still facing the UK economy over the months and years ahead. We have always been behind the chancellor’s aim of reducing the deficit, but this has to be supported with the right conditions that allow businesses to thrive, or we will fail to see the growth the economy so desperately needs. The fact remains that growth is still too weak.

“This is why we are calling for decisive action in the autumn statement. Business wants a hybrid strategy that delivers both deficit reduction and growth. This requires a laser-like focus on the implementation of important growth measures, such as the delivery of key infrastructure projects across the UK and the creation of a business bank that heralds a radical and long-term change in the way that companies access finance.”

A separate study of high street spending showed that retailers are banking on a late rush to the shops by consumers this Christmas. The monthly survey from the British Retail Consortium and KPMG said activity had been brisk in early November but trading became more difficult for shops and stores as the month wore on. Total sales were 1.8% higher than a year earlier, and rose by 0.4% after allowance had been made for extra floor space added during the past 12 months.

David McCorquodale, head of retail, KPMG, said: “November was a cautious month of wait and see. It appears that consumers know they have to spend before Christmas but are holding off for as long as they can to see if there might be bargains available in the next few weeks. Retailers meanwhile are trying to hold firm to maintain their margins but, if volumes don’t pick up significantly in the next two weeks, some will bow to the pressure to clear stocks before the year end and cut their prices.”‪

Recession pressures on Britain’s manufacturing sector eased in November as production rose for the first time in five months, according to the latest CIPS/Markit report.

Firms worked through backlogs of work to compensate for a drop in new orders, the survey found, resulting in a rise in the purchasing managers index (PMI) from 47.3 in October to 49.1 in November. The finding suggested that manufacturing was still contracting, but less rapidly than the City had been fearing.