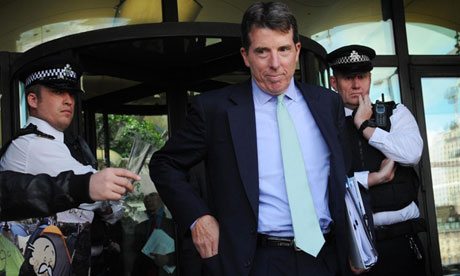 Alison Carnwath, who used to be responsible for setting pay at Barclays, shed light on divisions on the bank’s board last year when she claimed to have been a lone voice in recommending former boss Bob Diamond receive “zero” bonus, reports The Guardian.

But her successor as chairman of the Barclays remuneration committee, Sir John Sunderland, stunned the banking standards commission when he said that he continued to believe that Diamond – who left last July just days after the bank was fined £290m for rigging Libor – should have been awarded “a form of incentive compensation” .

Sunderland, who is in talks with shareholders about a bonus for Diamond’s successor Antony Jenkins, conceded that with hindsight he would have “debated the quantum” of the bonus to Diamond, but not the principle of awarding one.

Carnwath said Diamond – who she said was known for his “generous pay packet” – was reluctant to accept pay at the bank was high and was overly protective of the investment banking arm he headed before stepping up to chief executive.

Carnwath quit by the end of July, just weeks after Diamond, and in the aftermath of a rebellion against her re-election to the board at the annual meeting in April.

She had been unable to attend the crucial board meeting last February when Diamond’s pay was rubber stamped and at which, the bank insists, the decision over the bonus was unanimous.

Carnwath, chairman of Land Securities, described pay at banks in some instances as “obscene”. She said in written evidence that Diamond should have set an example by not taking the bonus recommended by the former chairman Marcus Agius.

Carnwath told MPs and peers on the commission she thought a “culture of entitlement” had emerged over bankers’ bonuses and that she had been “amazed” by Agius’ recommendation, given the performance of the bank and political atmosphere. In her written evidence, she said: “Barclays’ returns in 2011 were not good from a shareholder’s perspective with the key measure of [return on equity] … not covering the cost of capital and the share price and dividends showing poor returns. It was for this reason that I disagreed with the board chairman’s recommendation on Mr Diamond’s annual bonus for 2011.”

She added: “I recommended zero. I was alone in my view both on the committee which I chaired and on the board.”

She said the remuneration committee was “aware that pay was at the top end of the scale” and had asked Diamond “to take a leadership position and clarify the pay culture to staff”.

Sunderland rebutted claims that the Barclays’ structured capital markets division – best known for its tax avoidance schemes – had in one year generated 110% of the bank profits. A member of the Barclays board since 2005, his defence of payment protection insurance — the industry’s biggest ever mis-selling scandal — was described as “rubbish” by commission member Lord Turnbull.

Carnwath said that Diamond “thought he found loyalty in people around him by paying them well, in my view more than he needed to”.

Separately, HSBC set up a new boardroom committee charged with cracking down on financial crime following its £1.2bn fine for money laundering. Among its members are former tax inspector Dave Hartnett.