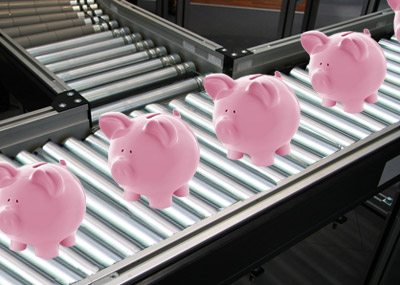 The recently launched landmark policy of pension auto-enrolment may be a bad idea for some workers, pensions experts have warned.

Up to nine million people will be automatically recruited into company-backed pension schemes by 2018, reports The BBC.

But the Pensions Institute says if they join an existing defined-contribution scheme, they could face very high charges and poor investment returns.

The report says high charges on “legacy” schemes must be abolished.

“Charges for default funds in large new auto-enrolment schemes generally represent good value, but tens of thousands of employees currently are trapped in the funds of older schemes with high and disguised charges,” the report’s authors say.

“There is a very real danger that smaller employers will use these older schemes for auto-enrolment, potentially bringing millions of new pension investors into poor value default funds.

“Our findings from the quantitative analysis show that the retirement incomes of these in the high-charging schemes will be worth only about an average of 50% of the income achieved by members in low-charging schemes after 40 years of membership,” it adds.

The report, Caveat Venditor, is published by the Pensions Institute at the Cass Business School, which is part of City University in London.

The Pensions Institute argues that if newly enrolled workers join a scheme run by itself, Nest or B&CE, or a newly established company scheme run by an insurance form, then they will probably pay low total charges, amounting to about 0.5% of the funds under management each year.

But if they join an older established company defined-contribution scheme of their employer’s, the charges are likely to be much higher.

“A ‘brownfield’ employer… is likely to have been sold a contract based scheme in the 1990s or early 2000s, with a total member charge [known as a total expense ratio] of 2-3% of assets under management,” the report says.

“Unless these employers are told otherwise, they will use their existing schemes for auto-enrolment. If this happens, millions of members will suffer detriment.”