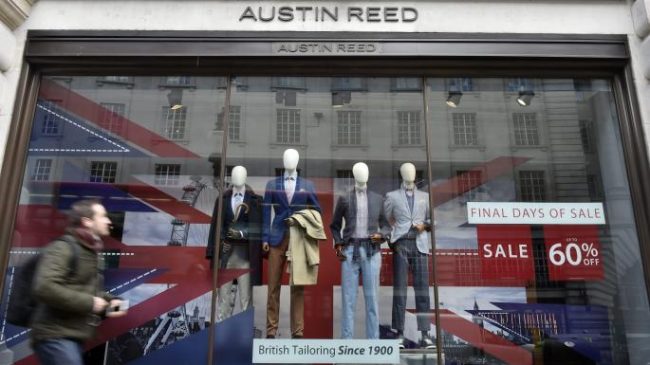 AlixPartners has struck a deal with Edinburgh Woollen Mill to buy the Austin Reed and Country Casuals brands and its stock, however, all 120 stores will be closed by the end of June.

The Times reports that only five Austin Reed concessions located in Boundary Mills outlet villages in the north of England will be included in the deal with Edinburgh Woollen Mill, which is owned by Philip Day, a billionaire. The 28 staff who work at these concessions will be transferred to the new owner but the rest of staff at Austin Reed stores are likely to lose their jobs.

Peter Savile, joint administrator at AlixPartners, said: “Despite a significant number of interested parties coming forward during this period, it became clear as the process progressed that a viable solution which kept the business whole was not forthcoming. As a result we have made the difficult decision to cease trading the business and commence a wind-down of the estate.”

Austin Reed, which collapsed into administration last month after cash flow issues, is no longer accepting any new online orders but any purchases already made will be despatched. Gift vouchers can also still be used in the stores but not online.

The administrators will now work on “winding down” the Austin Reed estate, advised by GCW, a property adviser which could involve assigning leases on stores to other retailers.

News that Austin Reed will not be sold as a going concern will be a further blow to the high street, already reeling from the administration of BHS. It also means that a brand which has existed since 1900, when Austin Reed opened his first store on Fenchurch Street in London, could disappear from the high street.

Austin Leonard Reed, a tailor, made his name dressing the rich, famous and influential, from Winston Churchill and the Beatles to Christine Lagarde. The company he founded was the first menswear retailer to offer ready-to-wear of the same quality as the made-to-measure tailoring favoured at the time. In its heyday it opened a concession on the Queen Elizabeth transatlantic liner and designed uniforms for the armed forces and “foreign suits” for members of resistance groups during the Second World War.

In recent years, with fierce competition on the high street, Austin Reed has struggled to compete and has been trying to modernise its range while cutting costs and running a leaner business. However it has struggled to hold its own against rivals such as Moss Bros, TM Lewin and Hawes & Curtis.

Operationally Austin Reed has also struggled because the group’s real estate portfolio was cumbersome with long leases and high rents on many of its stores. In a bid to cut costs it sold the leasehold of its Regent Street store, where it had been based for 100 years, to SuperGroup, owner of Superdry, for a premium a few years ago. Austin Reed moved across the road and was in the process of trying to offload this store when administrators were called in.

The launch of an IT project last year did not go well, causing supply issues in the run up to the vital Christmas trading period. Alteri Investors, which invests in troubled retailers, had provided a credit facility to Austin Reed last year before taking control of the retailer last month.