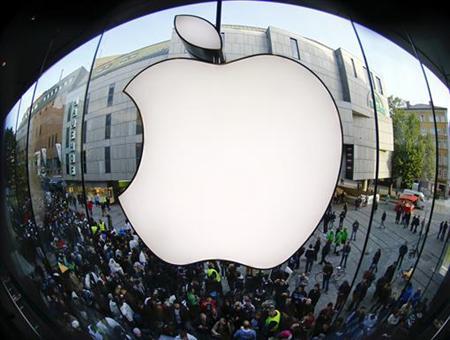 Apple’s CEO Tim Cook has told investors that augmented reality is going to be “huge” and that the company is investing in the technology, reports The Guardian.

Responding to a question about Pokémon Go Cook said that the game had shown that “AR can be really great”. “We have been and continue to invest in AR in the long run,” he said. “We’ll see whether it’s the next computing platform, but regardless it will be huge.”

The comments came during an earnings call to discuss the results of the company’s third financial quarter, the three months ending 30 June, in which the company earned $42.4bn in revenue, a 15% decline from the same period last year.

It’s the second consecutive quarter that Apple has reported a revenue decline, following a streak of uninterrupted growth since 2003. However, the company’s results were slightly better than expected, leading the stock to increase more than 5 per cent in after-hours trading.

The revenue decline was largely credited to a drop in iPhone sales, which typically make up around two-thirds of the company’s revenue. Apple sold just 40.4m phones compared to 51.2m shipped the previous quarter.

The company hasn’t issued any major updates to the device range since the iPhone 6 was launched in September 2014, which is likely to have contributed to the slump, but also the recently launched lower cost iPhone SE appears to have cannibalised sales of the more expensive flagship devices.

Apple doesn’t reveal revenue breakdowns per model, but the average iPhone sales price appears to have dropped from $642 to $595.

Nevertheless, Cook was eager to point out that many of the people who bought the iPhone SE are “switchers” – people new to the iPhone and the Apple ecosystem.

The weakening Chinese economy, which had been a key source of growth for the Cupertino company, also played a role. Sales there fell by 33.1 per cent compared with the 112.4 per cent growth in the same quarter the previous year.

Despite the disappointing performance in China, Cook said that he’s “encouraged about the growth prospects” in the country and that the “underlying business there is stronger than the results imply”.

This year is the first year that Apple has separated the services from the devices in its financial reporting – a shrewd move by Cook that illustrates that the company can still make more money from people who aren’t upgrading their devices. Cook said he expects the Services division to be “the size of a Fortune 100 company” next year.

Apple expects a slight uptick for the current quarter, predicting that the months from July to September will deliver between $45.5bn and $47.5bn in earnings, potentially breaking the company’s mini streak of bad results. That’s in spite of the fact that the iPhone 7, due to launch on 16 September, is likely to come with only modest incremental changes rather than technological breakthroughs (except, perhaps, the controversial removal of the iPhone jack). This may mean there’s less of a reason for iPhone 6 owners to upgrade.

Apple is still the largest company in the world, with a market cap of more than $520bn, $231bn in cash, and a quarterly net profit of $7.8bn, which is the value of the whole of Spotify.