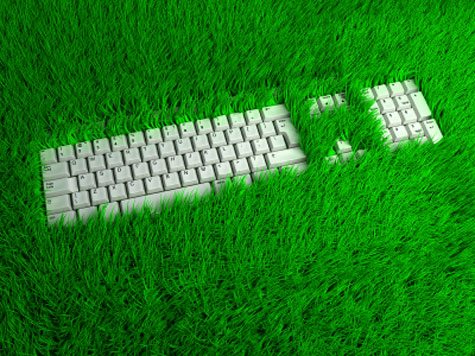 Over half of office workers in the UK feel that their efforts to be environmentally-friendly can sometimes be let down by colleagues, a national study has found.

A OnePoll survey of 1,000 UK workers, commissioned as part of Avery Green Office Week, revealed that fifty-five percent of people say they work with colleagues who either disregard green working practices or are deliberately wasteful. Forgetting to recycle, needlessly throwing away paper and leaving computers switched on overnight are just some of the top green bugbears identified by workers.

May 13th – 17th sees Avery launch the fifth Green Office Week, with the study highlighting the importance of tackling such issues by collectively working together to champion greener ways of working. Forty percent of office workers say they are more likely to be environmentally-friendly in the office if they are surrounded by colleagues who are passionate about green issues. Green Office Week aims to build on this and unite office workers across the country, empowering them to take simple, practical steps to help make workplaces more sustainable.

The study found that how individuals encourage green behaviour is crucial in affecting how likely work colleagues are to respond to change in a positive way. Forty-four percent of workers say that colleagues who promote green practices can have a tendency to make them feel guilty, with forty percent of those saying that this tactic can get ‘annoying.’ Instead of making individuals feel guilty when they forget to recycle or turn off the lights, sixty percent of office workers say that a far better way to encourage others to be green is to lead by example – stating that actions speak louder than words. Other positive strategies identified include helping people to understand the cost benefits of reducing waste and making green behaviour part of everyone’s job descriptions.

Green Office Week 2013 comes at a time when, despite the global economic uncertainty, only 12% of office workers feel that the environment is now less of a priority for their business, with 42% stating the financial crisis has actually increased the need for their workplace to be greener and more resource efficient. 66% of office workers also say they are more likely to purchase a product if it is environmentally-friendly, with 61% saying they would feel happier if their workplace was seen to be more environmentally-friendly.