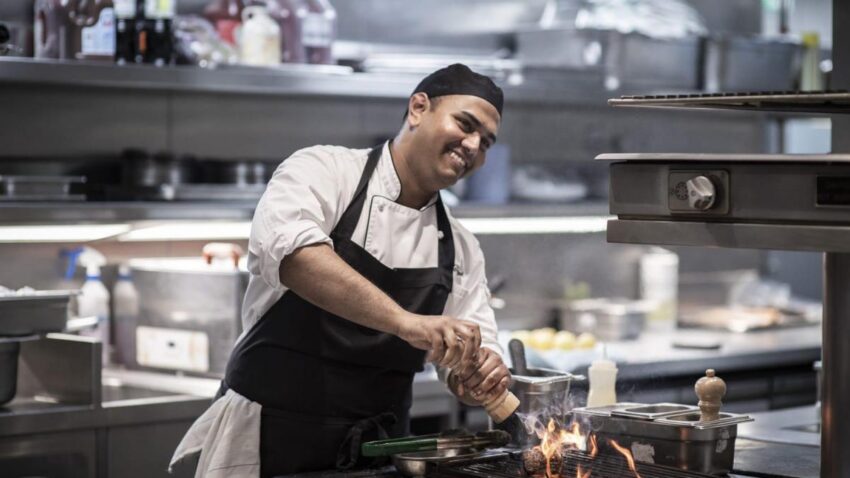 Two years after workers across Britain were forced to shift to working from home as the default, the latest policy to overhaul traditional working practices in favour of flexible working is the four-day week.

Shifting employees to a maximum of four working days a week for full-time pay is the latest offering firms are adopting to retain employees in an increasingly tight jobs market with record levels of vacancies.

Job advertisements for roles offering a four-day working week made up more than one in fifty, or 2.3 per cent, of all vacancies advertised in the UK in January, according to figures gathered by the job search engine Adzuna.

The proportion of vacancies offering a four-day week has steadily risen in the past year from 1.9 per cent in January last year and 1.3 per cent five years ago. There were 26,759 job adverts for four-day working week roles last month, up from 14,284 in January 2017.

Strong demand for workers and limited supply pushed up vacancies to a record of more than 1.2 million in the three months to December. Unemployment levels are close to historic lows at 4.1 per cent and the number of vacancies is almost equal to the number of jobless people for the first time since comparable data was recorded more than twenty years ago.

The smartphone-based bank Atom Bank became the biggest UK employer to shift away from the traditional five-day week when it moved the majority of its staff to a four-day week with no loss of pay last November.

The bank, which has 430 employees, experienced a sharp rise in applications after it moved most staff from a 37.5-hour working week spread over five days to a 34-hour week over four days for the same monthly pay. Staff are encouraged to work “core hours” of 9.30am to 4.30pm Mondays to Thursdays but those who switch from a five-day week to a four-day week have their daily hours extended from seven and a half to eight and a half.

Some of the biggest companies in the country are experimenting with a four-day week for some staff but Atom Bank has gone further by making it the default arrangement for all but a minority of staff in the firm’s contact centre. These workers have a different arrangement but still with fewer hours than full-time work, to ensure that the bank offers a seven-day service.

Andrew Hunter, one of the founders of Adzuna, said that employers were looking for solutions to help them to retain employees. “Burnout and resignations are two of the biggest problems currently plaguing employers,” he said. “As a result, companies are looking for creative solutions to improve their retention rates and look after the wellbeing of their staff. The four-day week is one of these options, offering staff the chance to work fewer hours with increased flexibility in the hope it will improve productivity and morale.”

He added that increased working from home had made it more difficult to separate work and home life. “With work-life boundaries becoming increasingly blurred in a hybrid-working world, the four-day working week could be a game changer that helps staff reclaim their free time, switch off and work more efficiently over the long term,” he said.

Landmark London, a five-star hotel in Marylebone, is to offer its chefs a four-day week as well as increasing their pay amid severe supply shortages within the hospitality industry. The British division of the Japanese camera company Canon also announced that it was considering a four-day week pilot for about 140 of its staff.

Yo Telecom, the computer games developer Hutch and MBL Seminars, a provider of training courses, have followed suit in a trial being led by academics at the universities of Oxford and Cambridge, Boston College in the United States and the Autonomy think tank and overseen by the campaign group 4 Day Week Global.

A shorter working week is not the only offer companies are making to employees in an attempt to stand out amid severe supply shortages in large parts of the economy: they are increasingly providing flexible leave packages including unlimited annual leave and longer spells of paid holiday.

The digital bank Monzo is offering employees a three-month paid sabbatical after they have worked for the company for four years. The new benefit is an addition to the company’s policy of allowing its workers to take a one-month unpaid sabbatical each year. Staff can take the leave in a three-month block or one month at a time.

The bank, which employs 2,100, said last year that employees who are undergoing fertility treatment or have lost a pregnancy will be offered extra paid leave among measures aimed at improving wellbeing in the workplace.

Tony Wilson, director of the Institute for Employment Studies, said the pandemic had accelerated what was already a steady decline in the traditional full-time job. The rise in adverts for flexible jobs, though, is a departure from tradition, whereby employees normally earn flexibility after working in the job for a period of time.

“This is a real problem around participation in the labour market for women, older people and people with health conditions,” Wilson said. “It’s good that the number of jobs being advertised as a four-day week is growing because it suggests that firms are thinking much more about how they can bring people into the labour force and how they can advertise jobs a bit more flexibly to begin with.”

There are “vanishingly few workplaces” where you could get what would be a 25 per cent rise in productivity “by the flick of a switch”, he said. “Firms that are trying to continue to pay people for five days, but only require them to work for four, will have to do a whole lot of other things to get productivity improvements to enable them to do that.”

Firms can charge more for their goods and services, lower profits and share dividends or invest in technology that means they will need fewer workers in total. “We’ll end up with fewer aggregate hours being worked and productivity gains from technology that mean we can still have the same standard of living but, even when you pull that together, it’s a stretch,” Wilson said. “We’ll probably make those gains for a combination of lower pay, potentially higher prices and productivity gains.”