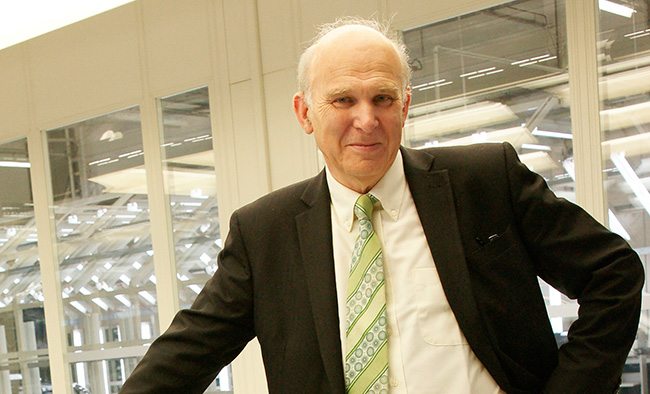 Vince Cable  has warned there are “serious problems” for entrepreneurs in accessing finance but believes these are the people to lead the UK out of recession.

The Secretary of State for Business, Innovation and Skills, Cable was speaking in London at the launch of a joint initiative between the City of London, Nokia and tech incubator Entrepreneur First which aims to help graduates build new businesses in the areas of design, architecture and functionality.

Cable said that if the UK is to emerge from the economic funk it finds itself in, it will be the this sector which will facilitate it:

“If the British economy is to grow out of this crisis we’ve had, it is going to happen on the back of largely small-to-medium sized companies.”

Cable added that the large multinationals “were here anyway” and won’t contribute that much to growth, adding that growth “certainly isn’t coming from government.”

Historically in the UK we have lacked very strong companies with an ambition to grow, Cable said. This has come about to an extent, as a result of a lack of entrepreneurial culture in higher education, which is why the Entrepreneur First tech incubator is such a welcome addition to the economy.

Cable said that when he was at Cambridge University, the two prized career paths were the civil service and academia with the private sector seen “as a bit grubby, not quite right.” He said the idea of being an entrepreneur was a “very, very alien idea” but things are beginning to change, with most universities now having an entrepreneur society.

In fact, last year over 2,300 start-ups were created in the UK directly from university, but the problem of accessing financing remains. “There are serious problems in business finance,” Cable admitted, adding that the government is trying a range of programmes to help entrepreneurs get financing including giving them more advice and creating a better website.

Entrepreneur First took in its first influx of graduates last year and from that group, 11 start-up businesses have emerged which are currently valued at £15 million, according to Mark Boleat from City of London, which is one of the core partners.

The initiative launched today will see a cohort of 30 young entrepreneurs get advice and expertise from Nokia on how to go about building a business based on mobile technology. Nokia also launched its own JobLens app which used augmented reality to allow jobseekers to ‘see’ what jobs are available around them.

Nokia vice president Bryan Biniak, speaking at the launch, said that jobseekers now used their phone to look for jobs more than any other media, including newspapers and websites. The Joblens app will integrate your social media contacts to help tailor job recommendations for you, and even let you create and send your CV to prospective employers. 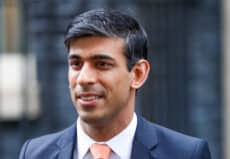 Budget boost for low-earners as minimum wage rises to £9.50 an hour

Rishi Sunak will confirm one of the biggest increases in the minimum wage this week after independent advisers recommended that the main rate should rise to £9.50 an hour.