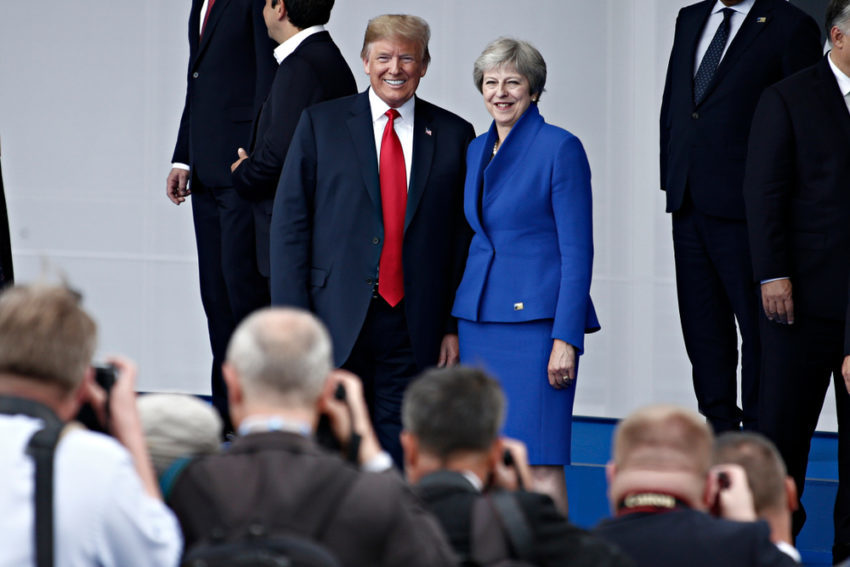 The US trade representative’s office told Congress it wants to negotiate new trade deals with the UK, EU and Japan.

“We will continue to expand US trade and investment by negotiating trade agreements with Japan, the EU and the United Kingdom,” US trade representative Robert Lighthizer said.

Under fast-track rules, the US cannot start talks with the EU, Japan and the UK until 90 days after notifying Congress.

The letter to Congress on Britain said it planned to start talks “as soon as it is ready” after Britain exits the EU on 29 March. The US wants to develop “cutting edge obligations for emerging sectors where US and UK innovators and entrepreneurs are most competitive.”

A UK government spokesperson said: “The UK welcomes the US administration’s confirmation that it intends to begin negotiations for a free trade agreement with the UK once we have left the EU.

“The government is taking steps to ensure we are ready to begin negotiations including through consulting the British public on their views on what a free trade agreement should look like.”

The letter on the EU said the EU and US have $1.1 trillion (£835bn) in annual two-way trade, “the largest and most complex” economic relationship in the world, and added that the United States has a $151.4bn trade deficit in goods.

The administration aims to “address both tariff and non-tariff barriers and to achieve fairer, more balanced trade” with the EU and Japan, the letters said.

Japan “is an important but still too often underperforming market for US exporters of goods,” the letter said. It said the US had a $69bn trade deficit in goods with Japan, much of that in the car sector.

The letters from Lighthizer to Congress come weeks after the US won agreement on reworking the North American Free Trade Agreement (NAFTA) with Mexico and Canada.