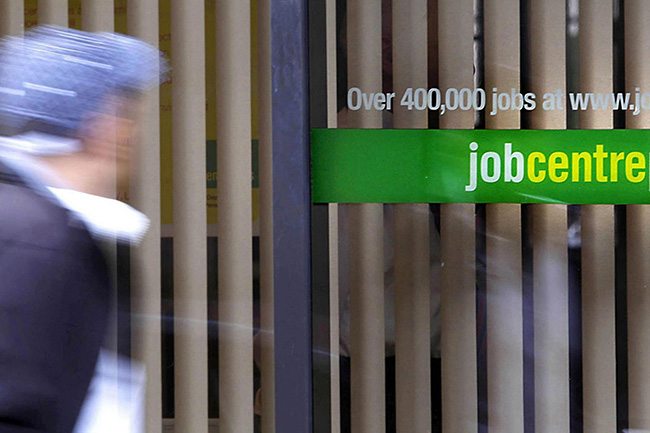 The number of people unemployed in the UK rose by 25,000 between April and June, taking Britain’s unemployment total up to 1.85 million.

The rise came as a surprise to analysts, as employment had spiked in the last year, but most of the jobs went to non-UK citizens.

The Office of National Statistics also said that the value of the pound had decreased, as traders pushed back their expectations of an increase in interest rates from the Bank of England.

Unemployment rose to 1.85 million between April and June, as well as the number employed people dropped to 31.03 million.

Regular pay for employees stood at £463 a week in June, and increase of 2.8 per cent compared to a year earlier. The annual growth rate stayed the same compared to the previous month, also. Total pay including bonuses was £488 a week, as the growth rate fell from 3.2 per cent to 2.8 per cent.

Farida Gibbs, Founder and CEO of Gibbs S3, believes there are more problems than just the numbers on show, as the UK lacks experienced workers.

“The UK is now close to full employment after two years of solid growth.  However, while employment levels are still high, there is still a severe shortage of experienced, skilled workers in key technology-driven industries like oil & gas, pharmaceuticals, consumer goods and financial services.

“A lack of access to the right technology talent has a severe impact on a company’s ability to expand, and when the growth of international, blue chip companies falters it impacts the entire economy.  Working with some of the world’s biggest companies, we have seen the shortage is pushing up wages as more demand is placed on a dwindling pool of quality workers.”

“It is more important than ever for expanding companies to invest in high quality personnel. Hiring under-skilled or inexperienced workers, especially technical specialists, can cause entire projects to fail and derail growth plans. Firms must ensure they are able to balance the reward of a successful new hire with the risk of those that don’t measure up.

“Leading companies are increasingly demanding a hybrid approach to workforce solutions that are in tune with their specific business challenges across both long-term recruitment and for short-term projects. The challenge doesn’t end with getting top workers on board however, and firms must offer the most attractive incentives and growth prospects to staff to retain them. They must think outside the box and offer a complete package that extends beyond a competitive salary.”