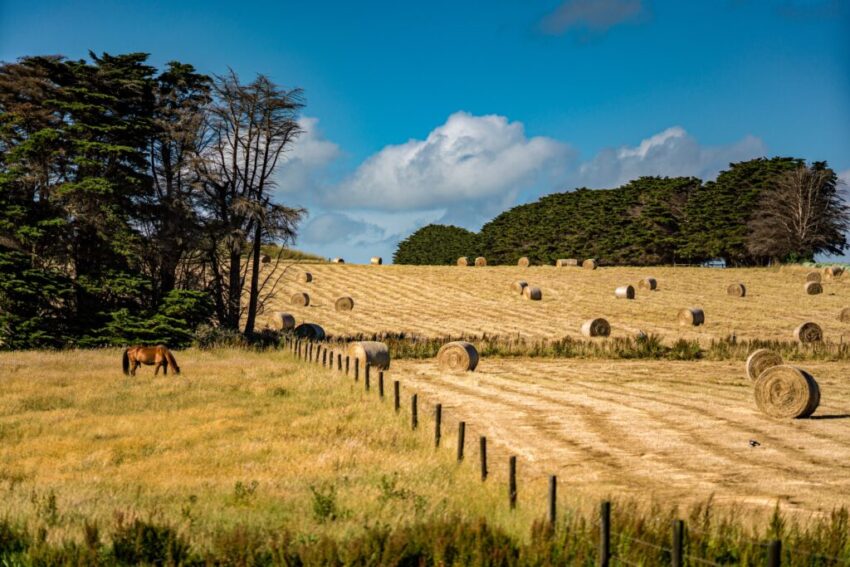 The UK’s wheat harvest is likely to be down markedly this year, according to the National Farmers’ Union, capping a tumultuous year for British farming after consecutive seasons of extreme weather.

Yields could be down by about a third, with the worst harvest since the 1980s predicted, the farmers’ organisation said.

“We’ve seen very challenging conditions across the country,” said Tom Bradshaw, vice-president of the NFU, and an arable farmer in Essex. “Yields are down and this looks like the lowest harvest in about 30 years. The quality seems variable, but we won’t know what we’re looking at until it is all in.”

Good growing conditions over the summer, when about half the wheat harvest was brought in across the country, ended for many regions in the past week with severe thunderstorms following the mini-heatwave, which saw the longest period of temperatures over 34C (93.2F) since comparable records began in 1961.

But the problems with the harvest started at the beginning of the year. While this spring was the sunniest since comparable measurements began in 1929, and substantially drier than usual, it followed the wettest February ever recorded. Storms Ciara and Dennis battered many regions of the UK in the early and middle of the month, causing widespread flooding, followed by Storm Jorge at the end.

The ground was already wet in many areas, after a sodden winter, and the further downpours seen in February left many farmers unable to plant seeds and a poor start to the growing season for many. All of that was followed by a dry spring that meant germination was difficult and in many places delayed, Bradshaw told the Guardian.

The result could be the lowest wheat harvest in 30 years, according to Bradshaw, who estimated that yields would be down by about 30-35% across the country and possibly lower in some places. That would leave the UK this year as a net importer of grain rather than a net exporter.

While there are unlikely to be any problems importing grain, as harvests have held up in other parts of the world, for many farmers it means a difficult end to the year after the disruptions of lockdown.

Some grain farmers face an additional pressure: if the UK leaves the EU without a deal at the end of the year, a tariff regime would spell disaster for farm exports. For that reason, many will want to sell their barley crop before the end of December, which may mean having to accept lower prices.

“We have a known export market now, but there are then unknowns beyond January,” said Bradshaw.

The lockdown affected some sectors far more than others. Dairy farmers were forced to throw away fresh milk that could not be collected, as the catering trade came to an abrupt halt and supply chains could not be immediately remodelled to redirect the production to retailers.

People eating all their meals at home ate differently than they would normally: the milky cappuccinos and lattes demanded from coffee shops were out, and the steaks ordered in restaurants gave way to thrifty ways with mince at home. The latter caused particular headaches for meat producers, as normally they strive to “balance” the carcass between expensive and cheap cuts.

Meanwhile, farmers who had diversified into offering accommodation and tourism, with children’s play areas or farm visits – as successive governments had encouraged them to do – have had a seesaw year. That side of their business broke down completely as lockdown prevented travel, but they are enjoying a late resurgence with staycations favoured over foreign trips.

While the lockdown was a temporary measure, in the longer term farmers were being forced to grapple with the impact of the climate crisis, said Bradshaw. “What we are seeing is more extremes of weather,” he said. “Dry and wet weather seem to get stuck in patterns.”

He pointed to the long drought of 2018, which made growing conditions difficult and left many farmers with a severe shortage of fodder for livestock. Last year, a wet autumn drenched the soil and caused flooding in many areas, destroying or delaying crops across the country.

Aidan McGivern, a meteorologist at the Met Office, confirmed that the UK was experiencing a changing climate, with warmer and wetter winters, and rainfall coming in heavier bursts during summers. He said the season of summer thunderstorms – like those currently seen in the southern half of the country – was likely to extend in future from spring to autumn, and heatwaves would become more common.

“When we experience a summer heatwave, it is more extreme than in the past,” added Mark McCarthy, the head of the National Climate Information Centre at the Met Office. “Climate change also increases the intensity of rain fall during the summer months, and heatwaves are followed by convective downpours. The challenge is knowing how to manage that.”

In future, farmers might have to look at growing different crops, said Bradshaw. Maize and even soya beans might become an option, where previously they were rarely seen in the UK.

Farmers were also looking to improve their own land management to account for a more variable climate, he added. “There has been more focus on soils, how they can store more water to be more resilient,” he said. “And we are looking at more spring crops to spread the risk across the year.”