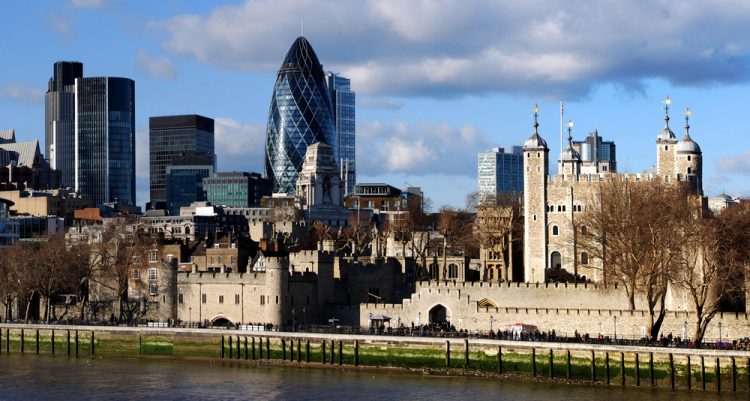 UK risks staying in the ‘slow lane’ as other developed economies motor ahead, according to the CBI’s latest economic forecast.

Continuing uncertainty, from Brexit to growing global protectionist rhetoric, will remain a challenge to investment. This makes the need to focus on the drivers of domestic success – where government and business have greater control – critical for driving growth.

The British economy has largely evolved in line with the CBI’s expectations, with the leading business group now predicting GDP growth of 1.4 per cent for 2018 and 1.3 per cent in 2019. The forecast for 2018 is slightly lower owing to the poor weather over the first quarter.

The main themes of the outlook remain unchanged. Despite real pay growth inching into positive territory, living standards will continue to be dogged by weak productivity. As a result, any further pick up in real wages is likely to be modest, continuing to weigh on consumer spending throughout our forecast.

The CBI argues the UK economy can shift up a gear if government and firms focus on productivity improvements at home and take full advantage of opportunities abroad. Net trade lifts economic growth throughout the CBI’s forecast, buoyed by a low pound and a strong global economy.

While uncertainty around Brexit continues to affect some business investment decisions, there are early signs of investment being unlocked as firms use AI and digitalisation to achieve efficiencies and raise productivity.

Rain Newton-Smith, CBI Chief Economist, said: “Snow capped a sluggish start to 2018 for the UK economy, and there’s no disguising that Britain now finds itself in the ‘slow lane’ for growth.

“Businesses can do little to mitigate wider risks, but many firms are doing what they can to get themselves in good shape by investing in AI and digitalisation.

“Productivity weakness is a structural challenge for the UK economy and a drag on living standards. Many businesses are taking action now to change this. Adapting technologies and finding smarter ways of working are just two approaches to improving productivity growth and prosperity. Recent government announcements on funding to help share best practice among companies and targets for full fibre-broadband are good steps in the right direction.

“Over the longer term, firms must work with Government to nurture a pro-enterprise environment to drive growth and create wealth. And there is much within the UK’s control that can be acted on now. Creating extra capacity at Heathrow will allow firms to tap into global opportunities more seamlessly. Building skills fit for the 21st century is essential too, so getting new technical education routes right really matters.

“As the UK leaves the EU, we know the world is watching: so business and government must work together to drive competitiveness at home so firms can make the most of opportunities overseas.”

Following the Bank of England Monetary Policy Committee’s decision to hold interest rates last month, the CBI expects three rate rises over its forecast, of 25 basis points each: in Q3 2018, Q1 2019 and Q4 2019. We expect CPI inflation to continue falling back gradually, reflecting the waning impact of the post-EU Referendum fall in Sterling. We expect inflation to stand at 2.1 per cent at the end of 2019, broadly in line with the Bank of England’s target.

Meanwhile, the global economy has continued growing strongly, with momentum expected to remain solid. The CBI expects the global economy to grow by 3.8 per cent in 2018 and 3.6 per cent in 2019 (in purchasing power parity terms), following growth of 3.7 per cent in 2017. However, downside risks to the global outlook remain significant: particularly from the prospect of further protectionist action on trade, and the implications of political instability in Italy for the wider Eurozone.

The UK outlook remains subject to a high degree of downside risk – in particular, a disorderly outcome from Brexit negotiations could disrupt the economy and financial markets more than expected.

Alpesh Paleja, CBI Principal Economist, added: “With the pound low and the global economy firing ahead, there’s never been a better time for UK firms to get export ready. Looking ahead, we expect more of a lift to the economy from net trade, marking a shift in the composition of economic growth.

“Yet at home, momentum is set to remain weak. Households remain under pressure from lacklustre wage growth, while businesses are grappling with skill shortages. In some sectors, particularly retail, trading environments remain tough.

“While many companies are turning their attention to AI, automation and streamlining operations to stay competitive, there is only so much that they can do when Brexit uncertainty continues to loom large.

“Therefore, getting clarity on the future economic relationship between the UK and the EU – by building on progress made in March – is vital for firms of all sizes on both sides of the Channel. Hitting important milestones in negotiations will give businesses the certainty that they need to invest and plan for the future.”