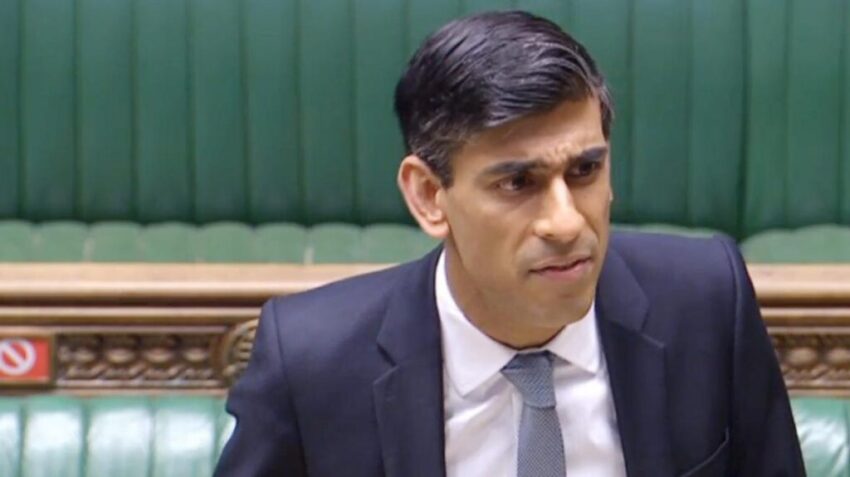 Britain is facing a “significant recession”, the chancellor has warned, with the economy in March having contracted at the fastest rate on record.

The figures, which include just the first week of the lockdown, showed that Britain’s economy contracted by 5.8 per cent in March, the largest month-on-month fall since records began.

Over the first quarter the economy shrank by 2 per cent, according to the Office for National Statistics. This was the sharpest fall since the final quarter of 2008, when Britain was in the depths of the financial crisis.

An internal Treasury document found that the coronavirus crisis will cost the exchequer almost £300 billion this year and could require increases in income tax, a two-year public pay freeze and an end to the triple-lock on state pensions.

It says that in the worst-case scenario, an “L-shaped economic decline”, the deficit will rise to £516 billion in the current financial year, reaching a cumulative £1.19 trillion over five years. This scenario would require £90 billion in spending cuts or tax rises.

The best-case scenario, a V-shaped recovery, is described as optimistic and would still lead to a £209 billion deficit this year.

Details of the document were published by The Daily Telegraph as Rishi Sunak, the chancellor, announced that the government’s furloughing scheme will be extended until October at a cost of about £80 billion.

Grant Shapps, the transport secretary, said he did not recognise the figures but promised “we are not going back to the world of austerity”. He told Sky News: “Had we not done this [extended the furlough scheme] we would have ended up with a much bigger bill.”

John Apter, chairman of the Police Federation, said that freezing the wages of public sector workers would be “morally bankrupt”. He said: “The chancellor and thousands of others have clapped for our key workers every Thursday. To even consider freezing the pay of our essential public sector workers to help the financial recovery would be morally bankrupt and would be a deep and damaging betrayal.”

Responding to the growth figures, Mr Sunak told Sky News: “The first quarter was that bad based on just a few days of the impact of coronavirus in March. It is very likely that the UK is facing a significant recession at the moment and this year.

“It’s premature right now to speculate about that far in the future,” he said. “We are living in a time of unprecedented economic uncertainty. What we are thinking about most and foremost at the moment is protecting people’s health but also to protect.”

The economic figures underscore the damage wrought to the economy by the lockdown, which was imposed only in the final few weeks of the quarter.

Official figures are likely to show a much sharper contraction in the second quarter of the year as the data will capture the full effects of lockdown, which was introduced on March 23. Analysts said that the latest data suggested that the economy contracted by 21 per cent after the lockdown was imposed.

Mr Sunak announced his new furloughing package yesterday. Instead of reducing the amount that staff will receive, he announced that from August, all employers furloughing workers will have to contribute towards the cost of paying people’s salaries.

The amount they will have to pay has yet to be decided although Mr Sunak said that the government will pay the “lion’s share”.

All employers furloughing staff will be required to contribute, including those in sectors such as pubs, restaurants, cinemas, gyms and hotels, which will be among the last to reopen.