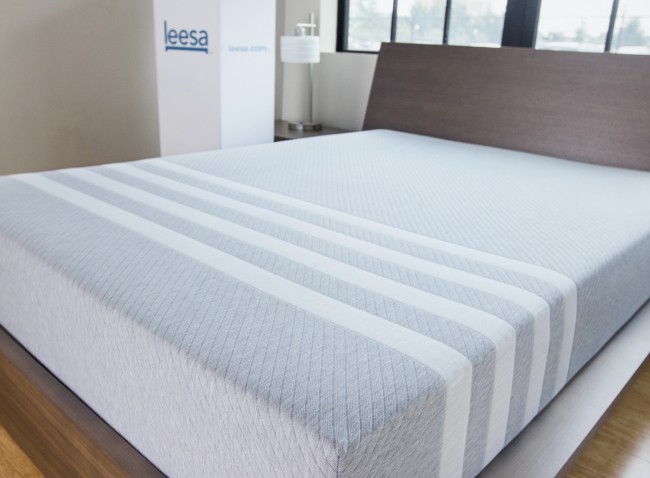 The business is the brainchild of Manchester entrepreneur David Wolfe, and is now focussed on international expansion.

As a testament to its success, Leesa has also won the international Shopify ‘Build a Business Competition’, alongside five other start-ups, by generating the most sales over a two-month period, between October 2014 and May 2015. Beating off competition from tens of thousands of new businesses, the team will receive personal coaching by Sir Richard Branson and a host of American all-star entrepreneurs on Necker Island – Branson’s private retreat.

David Wolfe, co-founder and chief executive officer, comments, “I’m incredibly proud to launch the Leesa Mattress in the UK – with manufacturing in Glossop and with a dedicated team on the ground at the Manchester HQ – just down the road from where I grew up.

“Leesa has been a run-away success in the US – again with a local team and production – and it’s the most exhilarating business I’ve been involved in so far. It’s unbelievable to think that after just 6 months, we’re on track to achieve $30 million in sales in our first year and have already helped more than 10,000 people sleep better.”

Leesa is disrupting the industry by fundamentally redesigning the mattress from the inside out with a UK-made, affordable luxury product that’s compressed, boxed and delivered directly to customers for a hassle-free experience.

The business has also removed the awkward experience of having to ‘try’ a mattress in the showroom with a sales person peering in. Instead, Leesa has created what they refer to as a ‘universal’ feel – moving away from the idea of a soft, medium and firm mattress – to create one that allows almost everyone to sleep better.

A double mattress costs £590 including delivery and all sizes come with a 100-night, risk-free in-home trial, backed by a full refund policy and free collection.