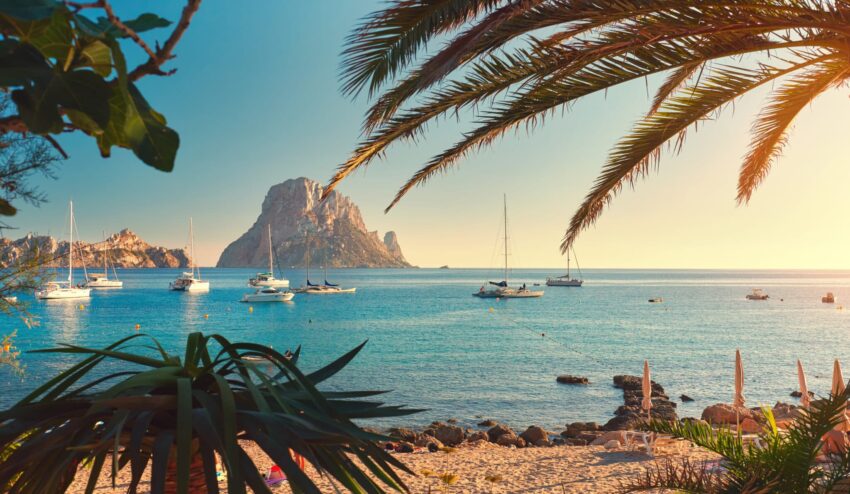 Foreign holidays in the Balearic islands, Malta and Madeira were given the go-ahead last night despite threats from the European Union to close the door to British tourists.

The government announced that its green list would be significantly expanded from Wednesday, permitting holidaymakers to travel to 16 countries and overseas territories without needing to quarantine on return.

It will cover the Balearics, including Ibiza, Mallorca and Menorca, which attract five million British tourists each year. Other additions include Malta, Madeira and ten islands in the Caribbean and North Atlantic. The government confirmed that it would let fully vaccinated Britons travel to “amber” destinations without being forced to quarantine on their return, probably from August. The details will be announced in full next month.

The announcement was thrown into chaos, however, when it emerged that the EU was planning to scrap quarantine-free holidays for British travellers. Leaders from the 27-nation bloc met in Brussels last night, promising to remain “vigilant and co-ordinated” to prevent the import of the Delta variant, which emerged in India and has taken hold in Britain. Angela Merkel, the German chancellor, had called for EU states to quarantine arrivals from Britain to contain it.

France is preparing to put Britain on its own travel “red list”, meaning that even fully vaccinated tourists would have to isolate for seven days. President Macron backed Merkel’s call for a co-ordinated EU response to the Indian variant, saying: “We must remain vigilant because of the Delta variant. One of the issues of this discussion is to take truly co-ordinated decisions in terms of the opening of countries.”

Germany, the Netherlands and Belgium already bar non-essential travel from the UK and require Britons to quarantine. Italy and Poland have also announced their own isolation measures in recent days.

Portugal conceded that it would introduce new rules if agreed at EU level. António Costa, the Portuguese prime minister, said before the talks yesterday that Portugal would abide by EU decisions and that if the UK were declared a variant risk “there will not be an exception”.

The EU-wide quarantine restrictions could be introduced over the next week if, as expected, the EU designates Britain as a virus variant area of concern.

Spain, however, may defy Merkel. Arancha González Laya, its foreign minister, confirmed last night that it would continue to let in British tourists without making them quarantine, telling a press conference: “At the moment we are maintaining the measures which enable British citizens to enter.”

George Eustice, the environment secretary, criticised Merkel’s move, telling LBC radio: “I’m not sure that such an approach would be justified given the highly advanced stage we are currently at in terms of vaccination.”

The development threatens British attempts to resurrect the airline and holiday industry. Previously only 11 countries were on Britain’s green list, which allows people to travel overseas without quarantining on return. Portugal was on the list announced last month but was taken off. From 4am on Wednesday a further 16 countries and overseas territories will be added. All additions with the exception of Malta will be on a watchlist, which means they are at risk of being shifted to amber.

Six countries including Tunisia will be added to the red list, forcing arrivals to quarantine in government-approved hotels. This takes the total to 56, including the whole of South America, southern Africa, India and Pakistan.

The Department for Transport said that travellers returning from amber list countries who have had two jabs will avoid the requirement to self-isolate at home for up to ten days from “later in the summer”. It is widely expected that the policy will be introduced in August, just before the end of the peak summer season.

The government said it expected the change to “occur in phases starting with UK residents”. This means that foreign visitors entering the UK from most overseas countries will still be required to quarantine on arrival.

The proposals were welcomed by the travel industry although concerns remained that ministers were moving too slowly.

Tim Alderslade, chief executive of Airlines UK, which represents carriers such as easyJet and British Airways, said the decision would go some way to saving the summer for passengers desperate for a holiday but was not ambitious enough.

Johan Lundgren, chief executive of easyJet, urged the government to move more quickly to remove quarantine and testing for fully vaccinated people, saying: “What are we waiting for?”

Karen Dee, chief executive of the Airport Operators’ Association, said: “Any extension of the green list is welcome, however small, but this is not yet the meaningful restart the aviation industry needs.”

Grant Shapps, the transport secretary, said: “We’re moving forward with efforts to safely reopen international travel this summer and thanks to the success of our vaccination programme, we’re now able to consider removing the quarantine period for fully vaccinated UK arrivals from amber countries, showing a real sign of progress.”

Joss Croft, CEO, UKinbound said “While it’s positive to see the green list expanded, don’t be fooled. This fundamentally makes absolutely no difference to the £28bn inbound tourism export industry and the half a million workers whose jobs and livelihoods hang in the balance. This puts the government’s Global Britain ambitions at risk. The UK’s most valuable markets – the US and Europe – still aren’t on the green list, meaning Government has effectively wiped out the UK’s inbound summer season. If tourism businesses aren’t allowed to trade their way to recovery, Government must provide sector-specific support until it’s possible to do so.”