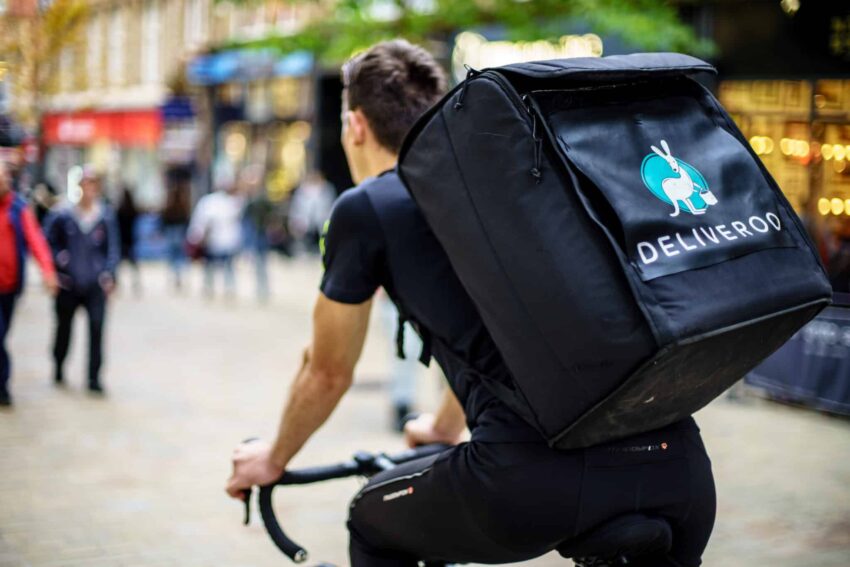 Deliveroo scored a fresh victory in the legal fight for its riders to be recognised as self-employed yesterday when the Court of Appeal ruled in its favour.

An appeal by the IWGB union, which has long challenged the gig economy employer over couriers’ rights, was rejected, backing up an earlier judgment by the central arbitration committee and two in the High Court.

Shares in the food delivery business, which have taken a pasting since its initial public offering at the end of March, jumped by 23¼p, or 9.3 per cent, to 274¾p after the latest judgment.

Deliveroo uses a different model to Uber, the ride-hailing app, which so far has failed in its fight to have its taxi drivers recognised as self-employed contractors. Uber’s most recent reverse was in the UK Supreme Court in February.

Yesterday, three judges ruled unanimously that previous judgments finding Deliveroo was not in an employment relationship with its riders were correct, with one judge describing the decision as “inevitable”.

A spokesman for Deliveroo said that the ruling was good news for its riders and was an important milestone. “UK courts have now tested and upheld the self-employed status of Deliveroo riders four times,” he said. “Our message to riders is clear. We will continue to back your right to work the way you want. Deliveroo’s model offers the genuine flexibility that is only compatible with self-employment, providing riders with the work they tell us they value.”

One of the key findings highlighted by Lord Justice Underhill, who gave the lead judgment, was the issue of substitution, under which riders are allowed to use a substitute to fulfil a shift with only limited restrictions on the practice. He found riders were under no obligation to provide services personally.

Other features of Deliveroo’s relationship with its riders were the absence of specific hours, the absence of any requirement to do any work at all and the need for riders to provide their own phone and bike. The judge said these may have been sufficient to find they were not workers even without substitution. The recent Supreme Court decision in Uber v Aslam was considered but held not to be relevant, as it was not about personal service.

Deliveroo, founded in 2013 by Will Shu and Greg Orlowski, works with 100,000 riders and 117,000 restaurants in 12 countries. Its eagerly anticipated float valued the company at £7.6 billion, but even though this was at the bottom of the range, the shares slumped by 40 per cent on the first day and have struggled since. Despite yesterday’s increase, they are still far short of the 390p float price.

Deliveroo said that throughout the pandemic there had been strong demand for work, with up to 16,000 applications a week in the UK. Despite the easing of lockdown restrictions in April and May and the struggle by the retail and hospitality sectors to fill jobs, it said that 90 per cent of its riders were choosing to stay with the platform, citing the flexibility of the self-employed model as the main attraction.