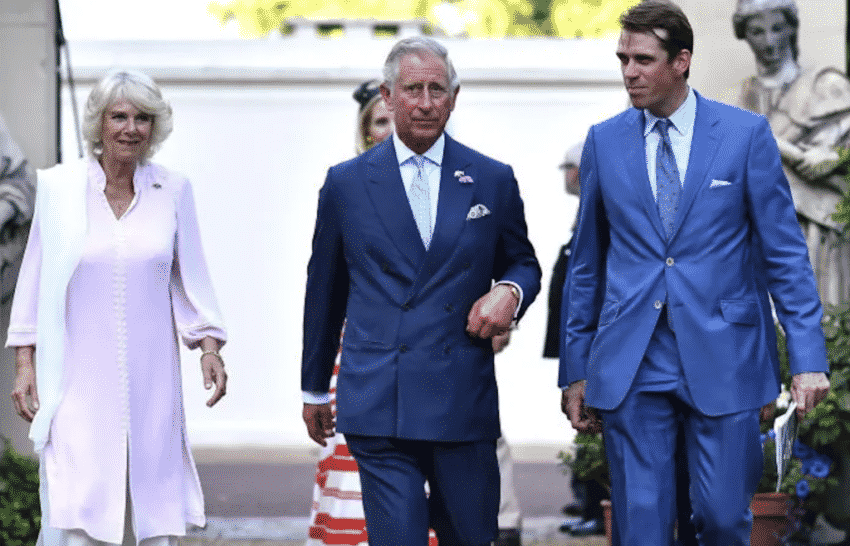 A luxury concierge service founded by Ben Elliot, co-chairman of the Conservative Party, has admitted to a string of accounting failures and making illegal payments to shareholders.

Quintessentially paid £1.4 million to shareholders when it did not have adequate reserves to do so. Elliot and his business partners Aaron Simpson and Paul Drummond are among those with shares in the company, although it is not known whether they received any of the money.

The accounting errors were laid bare in a long-delayed financial report from the firm. The document also warned the company might struggle to continue, given Covid travel restrictions.

Elliot, 45, is the nephew of the Duchess of Cornwall and has close ties to royalty and senior Conservatives, including Boris Johnson. After leaving Eton he worked in several jobs in London’s social scene, including at the K-Bar in Chelsea, which was visited by Prince William and Prince Harry.

He founded Quintessentially in 2000 and was appointed as co-chairman of the Conservative Party in 2019.

Quintessentially bills itself as a “luxury lifestyle management” service that offers private concierge services and “unparalleled access to global events”.

The company claims to be able to organise almost anything for its individual and corporate members, who pay an annual subscription fee. Suggestions include booking a Michelin-starred restaurant, “sourcing their dream new home, a best-in-class private tutor, a last-minute business trip or expert curation for a personal art collection”. Publicity stunts have included flying teabags to Madonna while she was touring in the United States.

While Quintessentially was founded to cater to the whims of the super-rich it has since been used by Whitehall officials to help contact wealthy would-be investors. In 2016, the company won a £1.36 million government contract to arrange “exceptional visits”, provide insight from the luxury concierge industry and organise opportunities to network “at the highest levels”.

Quintessentially’s financial report for 2019, published more than a year late, shows the company did not have sufficient “distributable reserves” to make payouts to shareholders between 2014 and 2017, meaning that the payments, worth £1.4 million, were illegal under UK company law. Quintessentially said in its report that the matter had since been “rectified”.

Quintessentially said: “As part of the group reconstruction exercise performed during the year, alongside the wider streamlining activities . . . management extensively reviewed the accounting performed in all of its subsidiaries to ensure that positions were correctly stated . . . A number of errors impacting previous periods were identified and have been corrected.”

A report by the board, signed by Elliot, said that the directors “have a reasonable expectation that the group and company has adequate resources to continue in operation for the next 12 months”.

However, uncertainty caused by the pandemic had created “a risk that the pace and level at which business returns could be materially less than forecast, requiring the [company] to obtain external funding which may not be forthcoming,” the board report said.

Quintessentially employs about 400 people in 60 offices around the world.