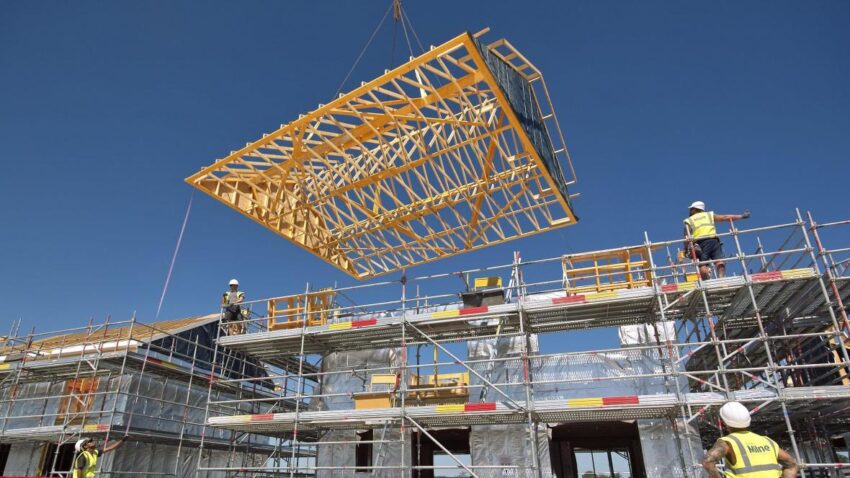 The timber industry is seeking to increase its political clout and green credentials in the face of stiff competition from the lobbying efforts of other parts of the building trade.

It is calling on the small and medium-sized businesses that make up the large majority of the £10 billion sector to push their local MPs to join a new cross-party group representing its interests.

“Your competitors in construction do talk to their MPs, and they tell very different stories,” the Confederation of Timber Industries (CTI) said in an email to members.

“We face fierce competition from other parts of the sector who aggressively push against sustainable construction, and lobby politicians to push against higher standards, regulating embodied carbon, or other policies which would aid your business.”

The CTI is calling for the government to follow the recommendation of the UK’s Committee on Climate Change to increase the share of wood used in construction, particularly timber frames used in house building. The built environment, including new development as well as the emissions produced by buildings already in use, accounts for close to 40 per cent of all energy-related CO2 emissions, according to the UN’s environment programme.

“We acknowledge the construction sector has a large part to play in achieving net zero emissions,” said Andrew Carpenter, CTI board member and chief executive of the Structural Timber Association. “Our message is that if we build more with timber rather than concrete and steel, we start advancing towards net zero now.”

To push for greater use of timber in house building, the CTI is reforming the All-Party Parliamentary Group for the Timber Industries, which has been defunct since the 2019 election when its previous Labour chairman, Martin Whitfield, lost his seat. The new chairman will be David Warburton, Conservative MP for Somerset and Frome, and the first meeting will be on July 5.

“We’ve got a new intake of MPs we’re keen to liaise with, particularly in the year of the UK hosting the COP 26,” said David Hopkins, chief executive of the Timber Trades Federation. “When it comes to achieving net zero, trees are one of the only proven methods of sucking carbon dioxide out of the atmosphere and storing it. The raw material is renewable — we plant more trees than we cut down across Europe, and it is demand for wood that drives replanting.”

To achieve its aims, the CTI would like to see changes including regulating the level of so-called embodied carbon in new buildings as part of the planning process. Embodied carbon is the emissions that result from the production of the building materials plus the construction process itself.

All-Party Parliamentary Groups (APPGs) must be open to members of both the House of Commons and the Lords, and from any party. There are currently more than 600 of the cross-party groups covering subjects as diverse as adult social care, data analytics and netball, plus an additional 130-plus groups covering the various countries and regions of the world.

Unlike select committees, they are not official parliamentary bodies, but despite this, they can succeed in drawing attention to their chosen causes. The APPG on Smoking and Health, for example, won headlines earlier this month for proposing raising the age at which people can buy cigarettes from 18 to 21, to help the government achieve its aim of eliminating smoking by 2030. The well-supported All-Party Parliamentary Beer Group has also recently called for the duty on draught beer to be halved to help publicans as they struggle with continuing Covid-19 restrictions.