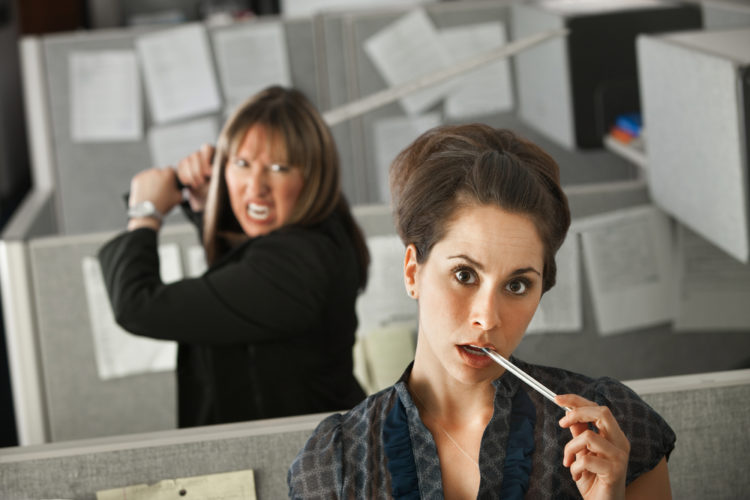 A new study of the nation’s workforce has revealed as many as 29 percent of workers say there is someone at their place of work who is making their life a living hell, with 14 percent claiming there is more than one person making life a misery for them.

Over a third said they think a colleague is trying to sabotage their career with more than half of those saying it’s making them distressed and anxious.

But a vengeful 31 percent are keen to get revenge on their work nemesis according to the poll of working adults commissioned in conjunction with the DVD release of Armando Iannucci’s dark comedy The Death of Stalin.

According to the data one in five employees has been forced to take time off work due to bad feeling in the office and 30 percent said the situation has left them very upset.

The study of also revealed one in five adults have been undermined by another member of staff and 17 percent said a rival colleague had bad-mouthed them to the big boss.

Being left out of email groups, being excluded from important meetings and not being considered for promotion were also among the reasons workers felt persecuted.

The studied showed that 17 percent of Brits have clashed with their peers over salaries, 33 percent have come to blows with colleagues because they both wanted to book the same holiday and 13 percent fell out with team mates as they were going for the same position.

But 23 percent refuse to be intimidated and said they have tried to get their own back by setting a colleague up for a fall.

A whopping 70 percent of those studied said they have colleagues they don’t trust, with seven percent claiming to distrust every single person they work with.

And a cynical 58 percent reckon most companies are riddled with office politics and back stabbing.
Seven in ten of those polled said they strongly believe in the old saying ‘Keep your friends close and enemies closer’ and 19 percent said they don’t count any of their colleagues as friends.

In fact, the average Brit moans about another colleague at least four times a day and 22 percent have been pulled aside by their boss due to their prickly relationship with one of their team mates.

Of those studied, 69 percent said constant battles with their colleagues wore them down, but a pushy 31 percent said rivalry in the office was a good thing as it made you more competitive and successful.