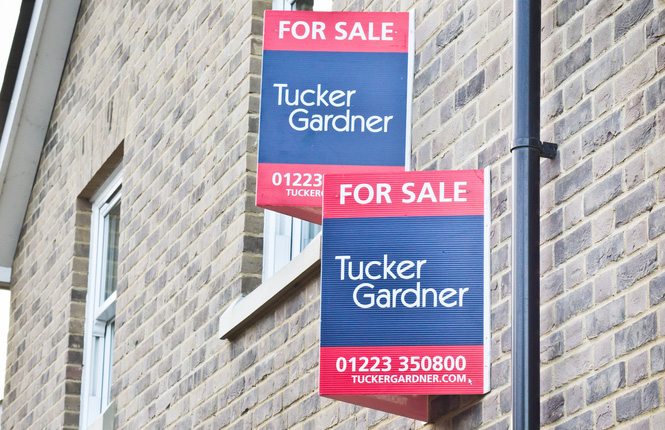 Although Bexley still came a reputable sixth in the standings it has been ousted by one of its neighbours in the South West, Sutton, which tops the league table with a demand for property at 67 per cent.

The two London Hotspots are joined in the top ten by a number of other outer London boroughs and commuter friendly towns, with quick and improving transport links into the heart of the capital. The other locations in the top ten include, Cambridge, Watford, Bristol, Reading, Guildford, Aylesbury, Havering and Hillingdon.

It would seem the mass emigration from the centre of London to more affordable outer regions and beyond, as predicted by eMoov in their previous Hotspots Index, is starting to become apparent in the UK property market.

One borough of London that is feeling the effects in particular is Wandsworth. At 32 per cent, demand for property has dropped by -11 per cent since December.

With a property demand percentage of just 12 per cent, Nine Elms is the coldest spot in the UK. This will be a surprise for most as it is due to benefit from the planned extension of the Northern Line, which once nearer completion, will increase demand for property in the area.

But it seems that those already selling their property in Nine Elms, may have jumped the gun and increased the price in anticipation. The resulting inflation in house prices looks to be a factor influencing the low demand in the area at present, it is also contributing towards the decline in property demand for Wandsworth as a whole.

Biggest Climbers since December 2014
Although outer London and the surrounding commuter areas have continued to enjoy a strong demand for property, it is in fact the North West that has seen the most marked improvement. The top ten Hotspots that have enjoyed the biggest turn around in demand since December, are for the most part located in the North West.

Sefton has enjoyed the greatest improvement in demand, up a huge 80 per cent since the December Hotspots Index. It is joined in the top ten highest climbers by Huddersfield, Trafford, Bradford, Stoke-on-Trent, Bolton and Warrington.

Coldest Spots and Biggest Fallers in 2015
Although the hot spots and biggest climbers in 2015 present a clear North West, South divide, it is the North East that account for half of the top ten coldest spots in the UK.

North Tyneside with a current demand percentage of 13 per cent, is the second coldest spot across the UK and has seen the biggest decrease in demand for property since December, falling by 43 per cent. It is closely followed by County Durham, where demand declined over the course of 2014 and has continued to do so.

Oxfords appearance in the top ten biggest fallers, with current demand at just 35 per cent will surprise some. However it’s recent accolade as the UK’s most unaffordable place to buy property, based on the ratio of property prices to earnings, highlights why demand for property could be so low.

Property Expert Russell Quirk, CEO and Founder of eMoov.co.uk commented “It’s almost a tale of two halves in the North alone, let alone the North and South. The North West seems to be flourishing as demand for housing increases almost across the board. It is however a very different picture in the North East, as it accounts for a number of the coldest spots in the March Hotspots Index.

As we predicted last summer, commuter towns around the capital seem to be in particularly strong form. I think it will be a long, long time before we see prices in central London become affordable enough to reverse this trend, if at all. Nine Elms is probably the shock pick of the bunch. It just goes to show, people are trying to anticipate what the market will do and get a jump on it, rather than pricing their property to reflect the market at the time.”