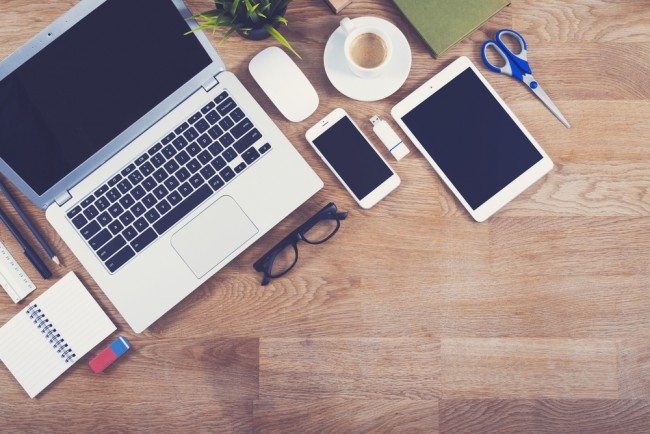 According to the survey of 2,000 UK workers the majority  believe that tablets are set to replace laptops in the workplace within the next 10 years, and 36 per cent say it will happen even sooner.

Almost a third said that laptop usage in the workplace is declining and a quarter said they previously used laptops for work purposes, but have now made the transition to tablets.

Despite most existing tablet tariff plans lasting two years, the research reveals that 30 per cent of tablet owners have had their device for more than three years.  This length of ownership outstrips that of phones, and is supported by recent research by Consumer Intelligence Research Partners indicating that the refresh cycle of a tablet is comparable to that of a laptop, rather than a smartphone.

Mike Tomlinson, Director of Small Business at EE, says: “Our research clearly shows that businesses are mobilising their workforces, and that tablets are rapidly becoming the primary device of choice. Sunsail are a great example of a business going one step further with 4GEE tablets from EE and the Canvas smart forms app to become even more productive and efficient.”

Sailing holiday provider Sunsail is deploying ruggedised 4G tablets from EE to boost productivity, save money, digitise key tasks and cut down on paper use. The company has 30 yachts in the UK and just over a dozen staff based in Hampshire and is now able to use 4G tablets and digital form and data capture app Canvas, to improve the way it runs day-to-day processes including marketing, customer relations and inventory management.

Previously paper forms were given to customers for everything from feedback to signing up to future sailing courses and holidays. Using paper-based forms resulted in very low return rates of just 10 per cent. By using tablets to capture this data and instantly share with head office, Sunsail has realised a 60 to 70 per cent feedback rate. As a result, Sunsail has boosted customer engagement and is driving additional revenue through increased repeat bookings.