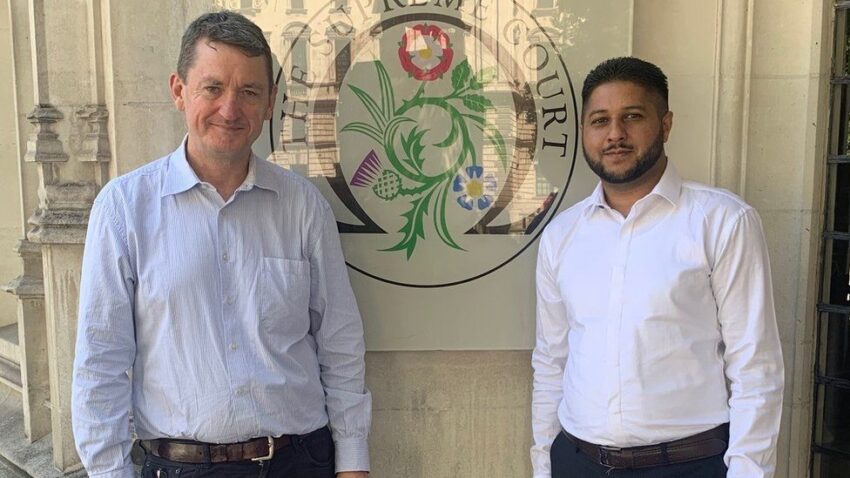 Ride hailing app firm Uber must classify its drivers as workers rather than self-employed, the UK’s Supreme Court has ruled.

The Supreme Court upheld the decision of the Court of Appeal by holding that drivers for Uber are workers and therefore entitled to paid holiday, minimum wage and rest breaks. These are individuals performing work personally under a contract who are not in business on their own account. They have also upheld the Tribunal’s original decision that a driver’s working time is not limited to periods when they are actually driving a passenger but includes any period when they are logged into the app.

Uber now faces many claims for holiday pay and minimum wage from their estimated 40,000 drivers (30,000 in London) at the relevant time and there are wider consequences for the gig economy.

Former Uber drivers James Farrar and Yaseen Aslam, who originally won an employment tribunal against the ride hailing app giant in October 2016, told the BBC they were “thrilled and relieved” by the ruling.

“I think it’s a massive achievement in a way that we were able to stand up against a giant,” said Mr Aslam, president of the App Drivers & Couriers Union (ADCU).

“We didn’t give up and we were consistent – no matter what we went through emotionally or physically or financially, we stood our ground.”

Uber appealed against the employment tribunal decision but the Employment Appeal Tribunal upheld the ruling in November 2017.

The company then took the case to the High Court, which upheld the ruling again in December 2018.

The ruling on Friday was Uber’s last appeal, as the Supreme Court is Britain’s highest court, and it has the final say on legal matters.

Delivering his judgement, Lord Leggatt said that the Supreme Court unanimously dismissed Uber’s appeal that it was an intermediary party and stated that drivers should be considered to be working not only when driving a passenger, but whenever logged in to the app.

The Supreme Court has emphasised that the legislation is there to protect vulnerable individuals from those who seek to exercise control over their workers and it is for this reason that no employer can contract out of these rules. They said that there were five main reasons that it supported the Employment Tribunal’s decision:

Therefore, Uber are providing a transport service which is tightly defined and controlled.  The drivers are subordinates and dependent on Uber to the extent that cannot improve or develop personally either professionally or entrepreneurially and the only thing available to them is working harder to earn more money.

There is now no further right of appeal against this decision and it will leave Uber in some difficulties with numerous outstanding claims by their drivers against the company, which will now need to be settled.

While all of these cases very much turn on their own facts – as can be seen by the differing decisions in Deliveroo and CitySprint, this decision by the most senior court in the country seems to set a different tone, really focussing on the need for protection of those who are tightly controlled by their masters and who do not have the ability to improve themselves and develop and their only way of increasing their earning power is to work harder. This change of emphasis is likely to catch most in the gig economy and there are many other cases in the process of appeal.”

The Supreme Court’s ruling that Uber has to consider its drivers “workers” from the time they log on to the app, until they log off is seen as a key point.

Uber drivers typically spend time waiting for people to book rides on the app. Previously, the firm had said that if drivers were found to be workers, then it would only count the time during journeys when a passenger is in the car.

“This is a win-win-win for drivers, passengers and cities. It means Uber now has the correct economic incentives not to oversupply the market with too many vehicles and too many drivers,” said James Farrar, ADCU’s general secretary.

“The upshot of that oversupply has been poverty, pollution and congestion.”

However, questions still remain about how the new classification will work, and how it affects gig economy workers who work not only for Uber, but also for other competing apps.

Mr Aslam, who claims Uber’s practices forced him to leave the trade as he couldn’t make ends meet, is considering becoming a driver for the app again. But he is upset that it took so long.

“It took us six years to establish what we should have got in 2015. Someone somewhere, in the government or the regulator, massively let down these workers, many of whom are in a precarious position,” he said.

Mr Farrar points out that with fares down 80% due to the pandemic, many drivers have been struggling financially and feel trapped in Uber’s system.

“We’re seeing many of our members earning £30 gross a day right now,” he said, explaining that the self-employment grants issued by the government only cover 80% of a driver’s profits, which isn’t even enough to pay for their costs.

“If we had these rights today, those drivers could at least earn a minimum wage to live on.”

When Uber listed its shares in the US in 2019, its filing with the US Securities and Exchange Commission (SEC) included a section on risks to its business.

The company said in this section that if it had to classify drivers as workers, it would “incur significant additional expenses” in compensating the drivers for things such as the minimum wage and overtime.

“Further, any such reclassification would require us to fundamentally change our business model, and consequently have an adverse effect on our business and financial condition,” it added.

Uber also wrote in the filing that if Mr Farrar and Mr Aslam were to win their case, HM Revenue & Customs (HMRC) would then classify the firm as a transport provider, and Uber would need to pay VAT on fares.

The company has long argued that it is a booking agent, which hires self-employed contractors that provide transport.

Since 2016 there has been litigation over the status of a number of sections in the ‘gig’ economy – primarily delivery drivers. This has included City Sprint and Deliveroo – the former couriers being held to be workers but the delivery riders of Deliveroo were not. Deliveroo apparently even uses language to try and ensure there is no doubt about the status of their riders – ‘on-boarding’ instead of hiring and ‘supplier agreement review’ rather than performance management warning.

However, the highest profile of these cases has been the Uber case where drivers alleged that they were workers. The Tribunal upheld this claim, as did the Employment Appeal Tribunal and the Court of Appeal by a 2:1 majority – with the dissenting judgment coming from the most experienced employment law judge who raised a question as to why Uber drivers were different to any other self employment taxi driver. The majority view was that despite what was written in the contracts of drivers, the reality was that they were performing services under a contract and were not in business on their own account. They were therefore entitled to paid holiday, minimum wage and rest breaks.

“The Supreme Court has upheld the decision of the Court of Appeal by holding that drivers for Uber are workers and therefore entitled to paid holiday, minimum wage and rest breaks. These are individuals performing work personally under a contract who are not in business on their own account.