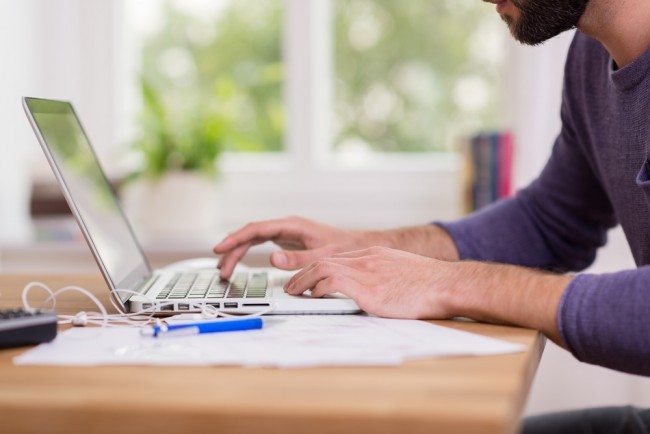 Britain’s productivity is falling behind other economies because it is slower to turn ambitious smaller firms into exporters of innovative new products and services, according to a new report.

With more support, it is estimated that up to 110,000 SMEs could become regular exporters, adding an extra £1.15 billion in Gross Value Added (GVA) to the economy in the first year alone in the form of new and higher value jobs.

The report published today, Unlocking UK Productivity has been co-authored by Goldman Sachs, the Enterprise Research Centre (ERC) and the British Business Bank (BBB). Its findings draw heavily on the core research themes of ERC for the past three years.

Up to 2008, UK productivity – the amount of economic output each worker creates per hour – was on a strongly upward trend. But since then, it has flatlined and the UK has fallen behind many of its international counterparts.

The ‘productivity gap’ with other G8 economies is now around 6 percent. It is estimated that the UK’s productivity is around 16 percent lower than it would have been if it had stayed on its pre-2008 trajectory.

The issue has confounded economists and led to the Government publishing a 15-point plan in July this year to tackle the problem.

But the new report highlights ERC and wider research showing a crucial but underexplored factor affecting productivity – the ambition of entrepreneurs to grow.

Firms led by ‘growth inclined’ owners are most positive towards exporting and open to innovation – the two factors which drive productivity in UK businesses.

While the UK has seen the highest number of start-ups of OECD countries, more than half fold within three years. Growing enough firms with ambitions to scale would have a significant impact on UK overall productivity, but just 18 percent of UK SMEs express high ambitions to grow, compared to 27 percent in the US. Data from the Global Entrepreneurship Monitor (GEM) shows that early-stage entrepreneurs in the UK have the second-lowest growth ambitions among G8 economies.

One outcome of low growth ambition is that too few UK SMEs are bringing new products and services to market. Just 28 percent of British firms innovate, placing the UK 24th out of 34 European countries and making the UK’s innovation rate comparable to that of Turkey and Serbia – and way behind leading countries such as Germany, Belgium and Iceland.

In addition, British SMEs are exporting less than other countries. While the Government wants 25 percent of UK firms to be exporting, since 2008 this figure has in fact been declining and now stands at just 18 percent. And of these, only 17 percent are ‘persistent exporters’ that regularly sell abroad.

Innovation and exporting are strongly linked to highly productive firms: SMEs that produce new goods and services are around 7 percent more likely to export than non-innovators and exporters grow more than twice as fast as those that do not.

The report calls for greater support and education for entrepreneurs, citing the success of programmes such as Goldman Sachs’ 10,000 Small Businesses programme in creating an environment where business owners can learn from mentors and peers over a significant time period.

Prof Mark Hart, ERC Deputy Director and Programme Director for 10,000 Small Businesses UK, Aston University, said: “Although economic growth has returned, UK productivity since 2008 has been almost flat. This means we’re producing less per worker than our international competitors and taking longer to create the same amount of economic value.

“Our research shows that there is huge untapped potential out there and that if we could build the confidence of innovative businesses that have high growth ambitions to start exporting regularly, we could generate an enormous boost to our economy.

“The challenge for those providing this support – whether government or the private sector – is to make sure it lands in the right places. A scattergun approach won’t work, because only a relatively small proportion of firms combine a high-growth mindset with innovation and a capability to export.”

Michael Sherwood and Richard Gnodde, co-CEOs of Goldman Sachs International added: “We are very pleased to continue our commitment to supporting high-growth small businesses in the UK through our ’10,000 Small Businesses’ programme. We believe the private sector can make important contributions to supporting small business growth, creating jobs and boosting economic growth.”

Ron Emerson, Chairman, British Business Bank, said: “As a champion for smaller businesses in the UK, we are well aware of the importance of high growth SMEs to the nation’s economy. We are therefore delighted to have contributed to this report and welcome the expansion of Goldman Sachs Small Business 10,000 programme.”