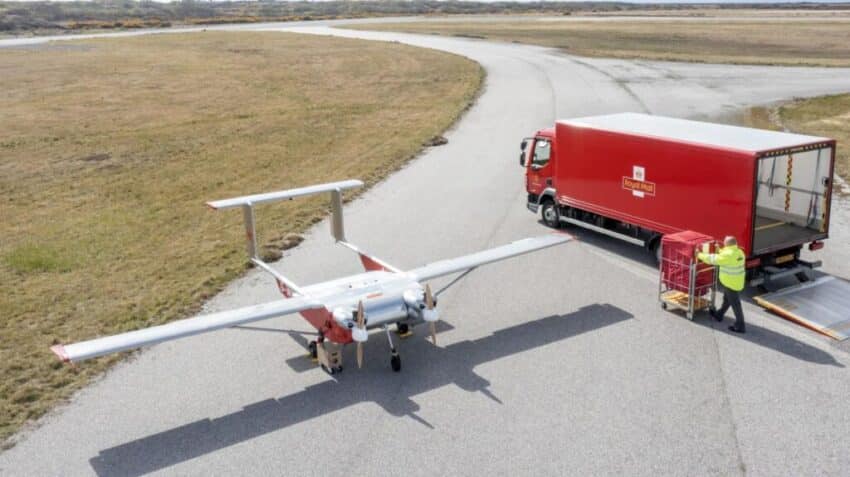 The new service may lack the personal touch of Postman Pat but Royal Mail’s drone is certainly faster.

A trial will begin this week in which drones will help postal workers deliver to some of the most remote communities in the Isles of Scilly, where traditional services take longer to reach.

The initiative, which has received government funding, will deliver parcels and orders from retailers to the most isolated residents on the islands.

Royal Mail said that coronavirus health and safety supplies would get a particular focus, including personal protective equipment and testing kits.

The company said that the service made it the first UK parcel carrier to deliver mail flying unsighted to an island after a drone flew to the Scilly Isles. It is also testing a smaller drone that can take off and land vertically.

If the trial is successful, the technology will be considered to support workers delivering in other remote regions.

Parcels will be flown to the islands’ airport at St Mary’s by drones that can carry up to 100kg of mail at a time, the equivalent of a usual delivery round.

The twin-engine unmanned aerial vehicle from Windracers can fly in poor weather conditions, including fog. The route involves a flight of about 70 miles out of sight to the destination.

A smaller drone will be used to transport items to various different points throughout the islands.

The trial comes after Royal Mail became the first nationwide carrier to deliver a parcel on a piloted drone to the Isle of Mull, off the west coast of Scotland. Amy Richards, a postwoman for the Isles of Scilly, said: “There are some really remote areas on these islands, and this is a terrific way to help us reach them. It’s really important for us to do all we can to help all areas of the country stay connected — especially in these difficult times.”

“This is part of our constant drive to incorporate the best and most innovative technologies into our network.”

He said that there had been “a huge increase in parcel volumes since the start of the pandemic”.

Landon added that the project was one of the ways the company was considering to deliver “fast and convenient services for all of our customers while reducing our carbon emissions”.