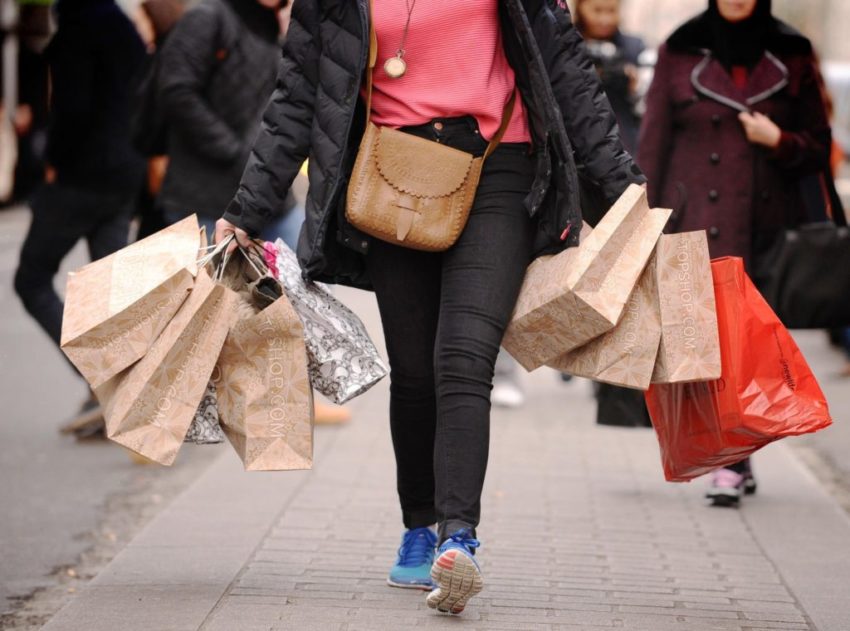 Retail sales growth slowed to a six-month low in October as consumers eased back after a buoyant summer of spending and mild weather delayed winter clothes buying.

Sales fell by 0.5% on September while year-on-year growth slowed to 2.2% from 3.3% the month earlier – the slowest since April, according to the Office for National Statistics (ONS).

The figures show a strong 3% decline in sales of household goods following a particularly strong August and September, while year-on-year growth in fuel sales was the weakest since March 2017.

“Consumers chose to purchase goods from many stores’ websites as online sales continued to increase.”

Recent figures from the British Retail Consortium and Barclaycard showed households were continuing to shop cautiously after reining in their spending as the summer ended, suggesting that some shoppers were holding out for bargains in the Black Friday sales event towards the end of November.

Ian Geddes, head of retail at Deloitte, said: “These figures are not surprising and reflect a clear slowdown in consumer momentum since the summer.

“Consumers, concerned about their levels of disposable income and debt, are being cautious about how they spend their money. This is creating a highly competitive environment for retailers, who are faced with what looks set to be a very tough final quarter of 2018.

“While notwithstanding the fact that consumers have a history of surprising the market at Christmas, there is little reason to feel overly positive about the short-term outlook.”

Ian Gilmartin, head of retail and wholesale at Barclays Corporate Banking, said: “We should add some context as the pattern of consumer purchases in the final quarter of the year changes each year, with Black Friday strategies evolving and a more prolonged discounting period through November and December disrupting the traditional Christmas shopping season.

“What hasn’t changed is the crucial need for retailers to secure a significant chunk of their annual revenue over the next couple of months and the range of challenges being faced by the sector make a strong Christmas even more important this time around.”