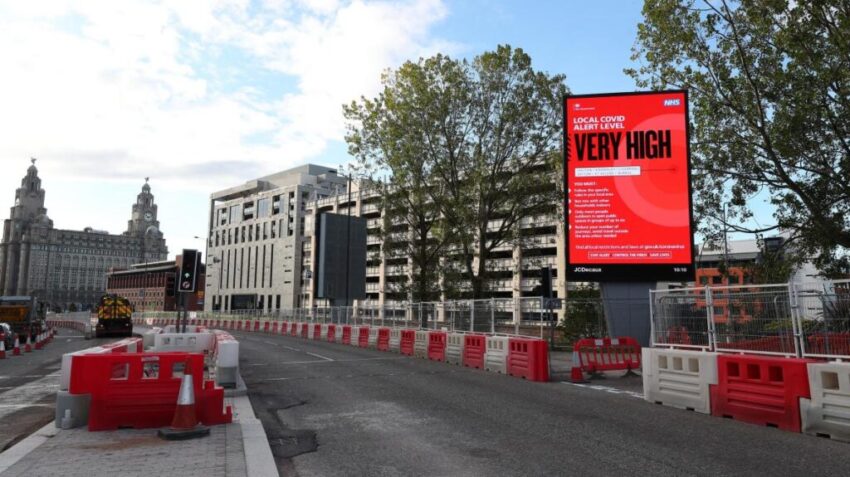 The finance chiefs of Britain’s largest companies are pushing back the date for a return to business as usual.

Over the last three months, chief financial officers of FTSE 100 and FTSE 250 companies have slashed their expectations for a full recovery in business demand before next summer, a closely watched survey by Deloitte published today shows.

The findings will fuel fears that the government’s new restrictions are plunging businesses deeper into crisis. After a robust performance over the summer, the economic recovery has started to run out of steam and analysts expect output to shrink over the coming months.

At the end of June, 10 per cent of chief financial officers said that demand had already returned to pre-pandemic levels, 41 per cent expected it to return to normal by the end of June next year and 49 per cent said they thought a recovery would take longer.

Ian Stewart, chief economist at Deloitte, said: “British businesses are gearing up for a long winter with Covid-19, with a full recovery on the horizon only after next summer.

“Business leaders expect a longer haul back to pre-Covid levels of activity. With further restrictions coming into effect, businesses have scaled back expectations and are focused on strengthening their businesses and their balance sheets.”

A bright spot in the survey of more than 100 CFOs was the finding that most expected to retain the majority of staff that were using the job retention scheme, which closes at the end of the month. On average, they expect to keep 82 per cent of furloughed staff on their payrolls. Economists fear that as many as a fifth of the 8.9 million workers on the scheme could be made redundant.

Shrinking output is expected to place even greater strain on the jobs market. The unemployment rate, which was already expected to rise as high as 12 per cent, could climb even higher.

Martin Beck, economist at Oxford Economics, said: “The imposition of more restrictions on activity won’t help what was already a gloomy outlook for employment.”

A resurgence in coronavirus cases has done little to alleviate feelings of uncertainty. Some 79 per cent of respondents said that their business was facing high or very high levels of uncertainty, broadly unchanged from June. However in a small improvement, 78 per cent said that capital expenditure would fall over the coming year, compared to 86 per cent earlier in the year.

Deloitte found that businesses were stepping up investment in some areas like technology, while reducing it in others; 64 per cent said they expected to reduce their investments in land, business buildings and workspace infrastructure and 65 per cent expect to increase investment in organisation and business process improvements, such as restructuring and automation.