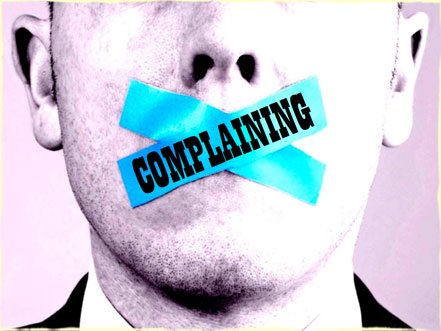 The worst offenders in this nation of ‘can’t be bothereds’ are men. The boys win hands-down with a quarter of those who don’t always speak up saying it’s because they can’t be bothered to complain. And nearly half of us in the UK as a whole say we don’t try and pull businesses up by their boot strings as we feel there is no point – businesses simply don’t care.

Rest assured we do still have a few grumpy Brits who are prepared to speak-up. You’ll find plenty of moaning coming from the South-East with results revealing 28 per cent of people here always or often complain. This compares to just 15 per cent – less than one in six – saying they often or always feedback after a poor service in both the East Midlands and Northern Ireland.

There is certainly a great British culture of non-complaining – and more than half of those questioned agree that if we won’t speak up we’re getting the service we deserve. So what will persuade us to stop mumbling into our cuppas and start telling businesses what we think? An instant response, according to these recent revelations.

Nigel Shanahan, Managing Director at Rapide, says: “The results are quite startling – businesses are giving the impression they don’t care and consumers aren’t speaking up when there’s a problem – resulting in a nation of people who think they receive poor customer service but won’t do a thing about it.

“Consumers want to know they have been heard and they want a response. We can all understand the frustration of sending a long winded email complaining to be completely ignored – feeling like you’ve been listened to makes all the difference!